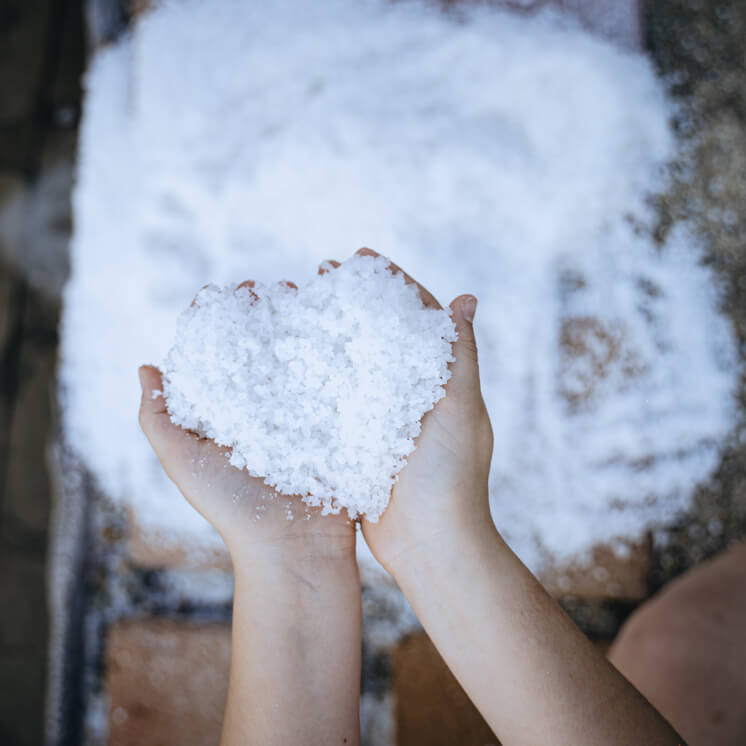 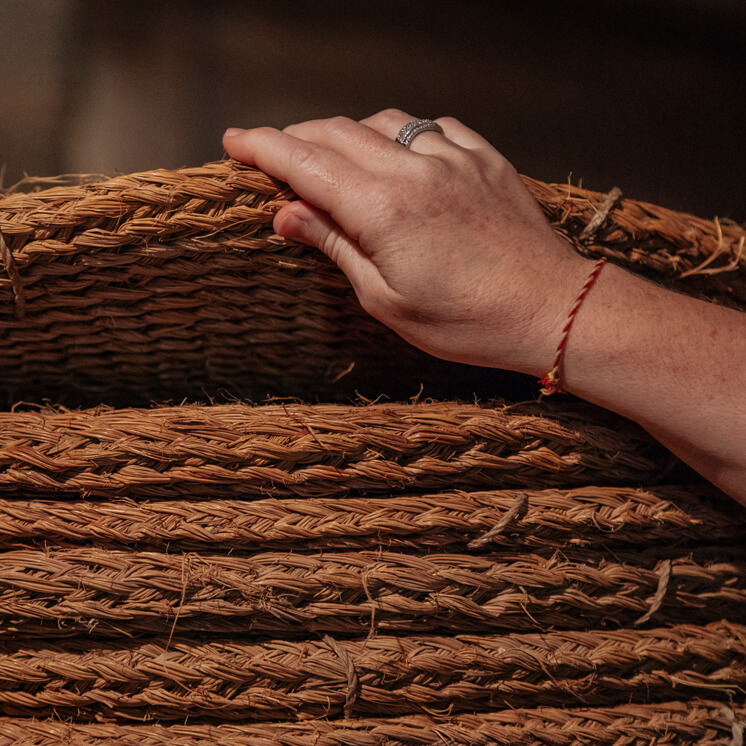 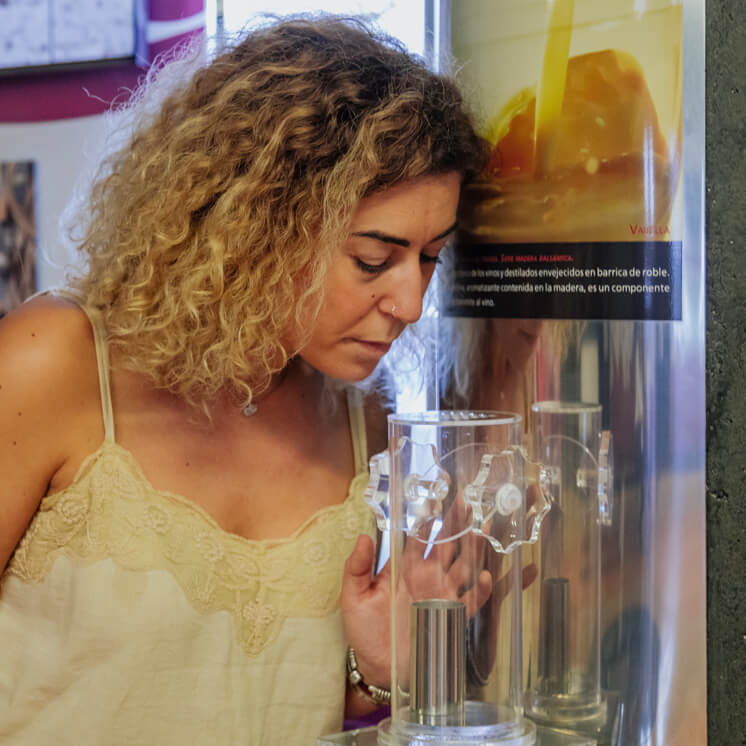 On this route, which is ideal for children, you will get to know in depth some traditional production processes, the customs and the legends of the area, and you will even be able to float like in the Dead Sea!
A fun adventure that is also dotted with treasures waiting to be found. We guarantee you will not get bored with the trades and traditions. At each of the stops on this trip, there is a hidden treasure. To locate it, we provide you with coordinates and a series of clues. We recommend that you download the free application available from https://www.geocaching.com/play There you find all our geo-located treasures and clues.

Here in El Grado, there is a magnificent flour mill. It is an interesting way to learn how they used to grind wheat, and it is a sample of the industrial archaeology of the early twentieth century, when the mills incorporated new technologies, combining the traditional method of milling wheat with electrical power, thus becoming small factories. This interpretation centre has two spaces: one dedicated to the machinery of the mill, identification of the territory (El Grado and the Comarca of Somontano), and the traditional practices of fishing and hunting; and a second space dedicated to the game of Ludo and the World Ludo Championship that was held in this town for several years. In addition, three easy hiking routes start at the Molino de Chuaquín. 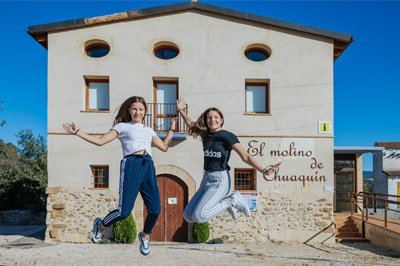 The rest of the year:
Open at Easter and national holidays in the mornings.
Outside of these dates: open for groups of minimum 8 people making an appointment at the town hall.

You will find the treasure at the following coordinates: 42.149583, -0.234667
Hint: This treasure pays homage to the workers who died in the construction of the El Grado dam. If you want to find it, you have to look at a big stone.
Placed by: geocondal

Here the most famous trade is still that of the potter or clay worker. People from all over the region come to buy ceramics – even from as far away as Zaragoza!
During the nineteenth century, it was probably the town that supplied most of the mountain region, half of Aragon and part of Catalonia. The pottery was almost always cooking pots, intended for use in the kitchen or in contact with fire.
Did you know that the Naval pottery tradition started in the Middle Ages and it was the Muslim population that developed it with great skill? When the Muslims were expelled, there was a break in production, until people came from other places and started making pottery again.
Sadly, there is only one traditional potter left in this town, David Echevarría, who works in a pottery that is sometimes open to the public and in which he conducts beginners’ workshops.
The Interpretation Center of the Naval Pottery is located in the former house of potter Pedro Salanova, now deceased, in which his workshop, the furnace and the decantation tanks are intact. 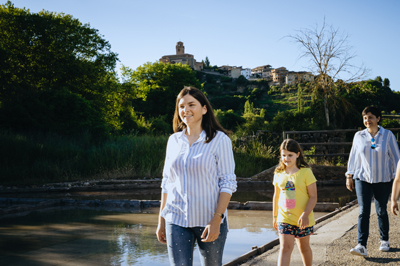 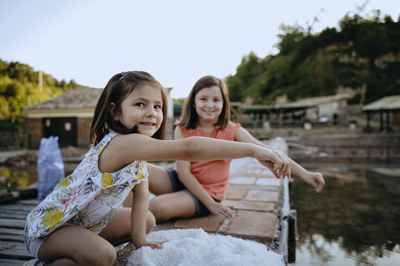 In addition to pottery, Naval has a long tradition of salt extraction. The industrial revolution did not affect work methods in the salt factories of Naval, where their traditional techniques have lasted to this day. However, a few years ago, salt production here suffered a crisis, so they had to find a new way to take advantage of this natural resource. The solution was the opening of a therapeutic saline baths centre with a salt concentration higher than that of the Dead Sea!
In addition to the salt works and the pottery interpretation centre, you should visit the collegiate church of Santa María, which was built in the 16th century and is one of the symbols of the historic importance of this town. The collegiate church and the remains of what was the Naval castle occupy the oldest and highest part of this town, called the district of Cotón.

Interpretation Centre of the Pottery

You will find the treasure at the following location: 42.187633, 0.152183
Hint: On the outside of the wall See SPOILER in Geocaching
Placed by: Ciotto

In Buera they have an olive oil mill that started working centuries ago. In this centre, they will teach you everything you want to know about the work that was carried out in the mills. Did you know that the oil is not only used for cooking? Let’s see if you can guess what other uses it has after your visit.
The Torra de Aceite de Buera is an olive oil mill from the 18th century, restored and converted into a space for understanding the traditional process of oil production using information panels and audiovisual guides.
In addition, close by, together with a picnic area with drinking water, you will find the path (around 2km) to the hermitage of Santa María de Dulcis, where you can admire the baroque Mudejar plasterwork. It is a pleasant walk in a forest of more than 20 varieties of ancient olive trees, with interpretive signs and a solar clock on which the hours are marked by thirteen olive trees.

You will find the treasure at the following coordinates: 42.149167, 0.059317
Hint: To access the cache, you have to look for a very precarious path at the back of the hermitage. Under a rock, covered.
Placed by: TuHuesca

This sixteenth-century architectural complex hosts the “Wine Space”. Here you can find one of the most famous specialities of the area: the wine of the Somontano Designation of Origin.
Talking about Barbastro and not talking about wine is inconceivable. Almost 100 companies are dedicated to winemaking here. If you want to know more about it, we recommend the Somontano Wine Route or if you prefer to mix wine with culture, the Somontano Wine Festival 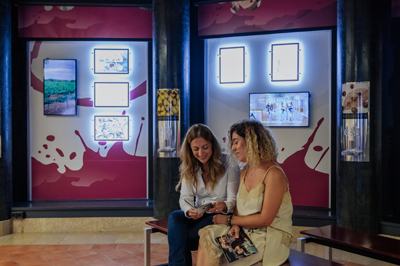 You will find the treasure at the following coordinates: UTM: 31T E 261971 N 4657911
The Vero River crosses Barbastro, splitting the town almost in half, before joining the river Cinca about 3km downstream.
The course of the river through Barbastro runs through a well-defined channel that is bordered by an ideal path to take a short walk.
We offer you this cache to help you discover a quiet corner of Barbastro, from where you can also visit the cathedral that is not far away.
Hint: Halfway up, sit down, and it’s yours.
Placed by: rape1979