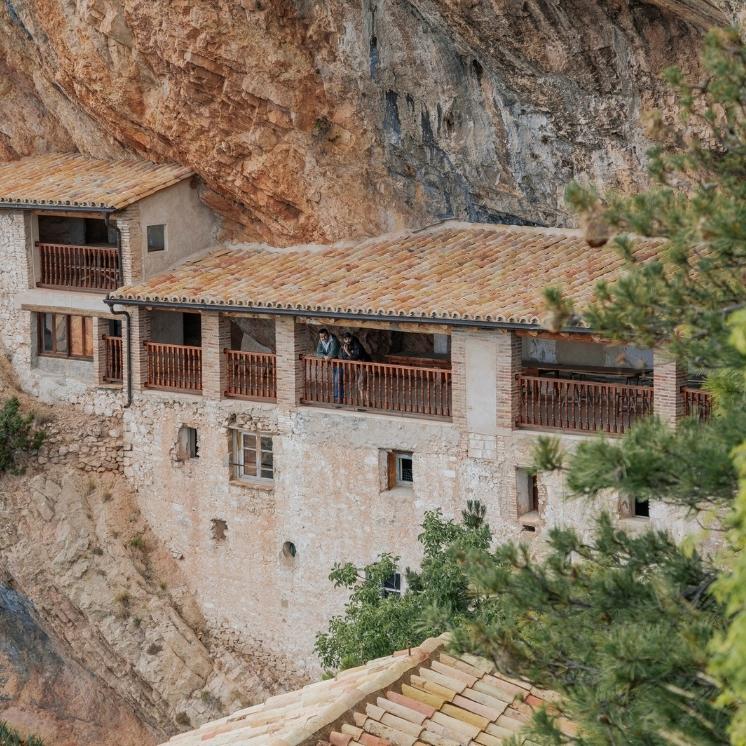 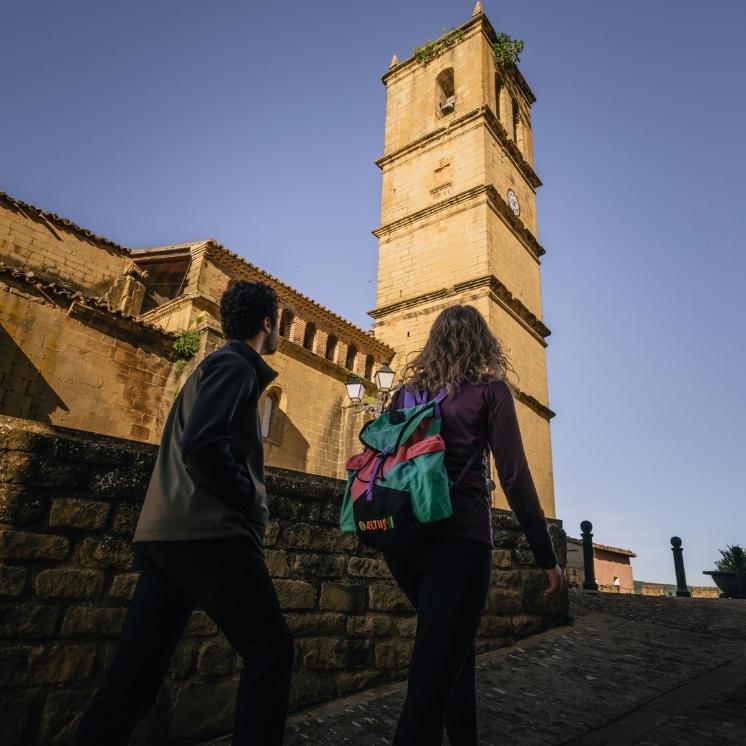 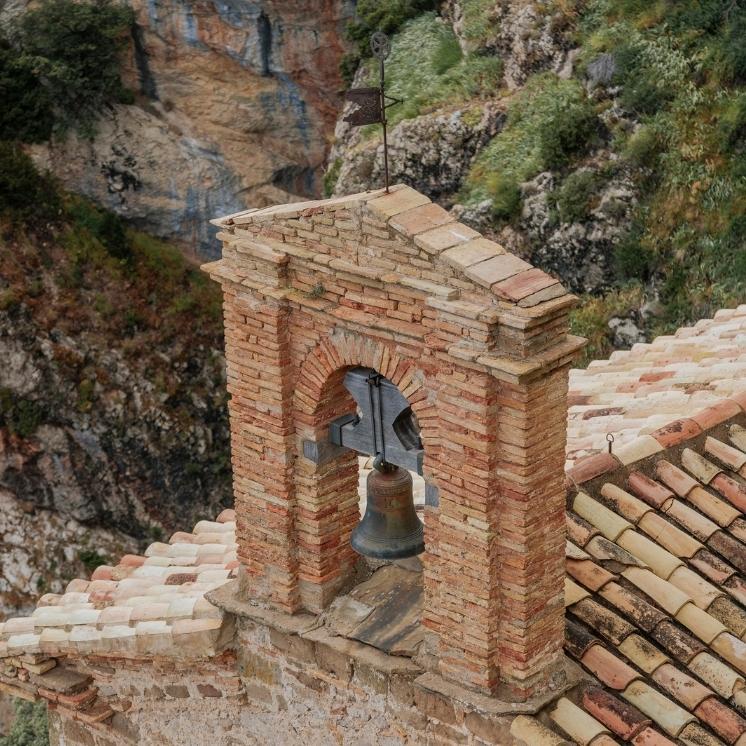 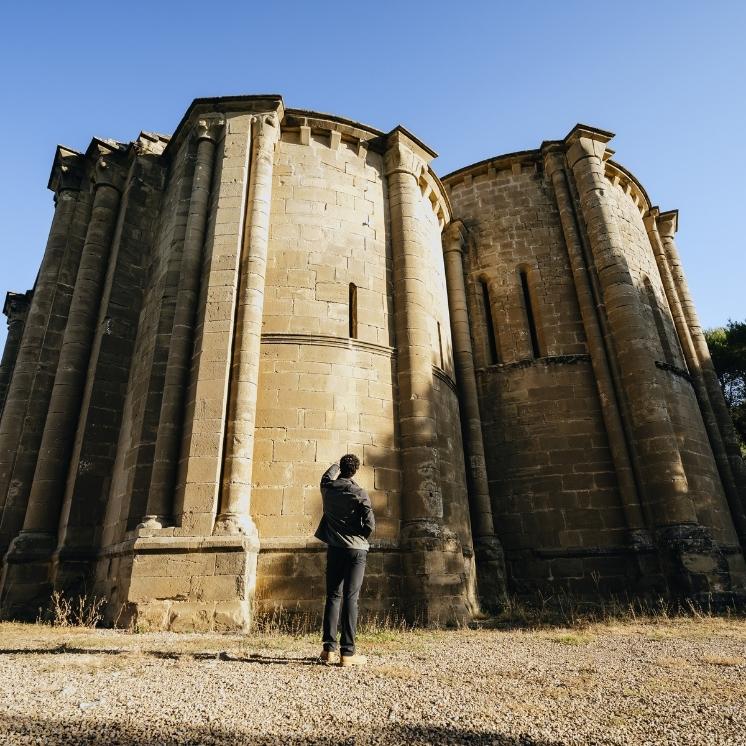 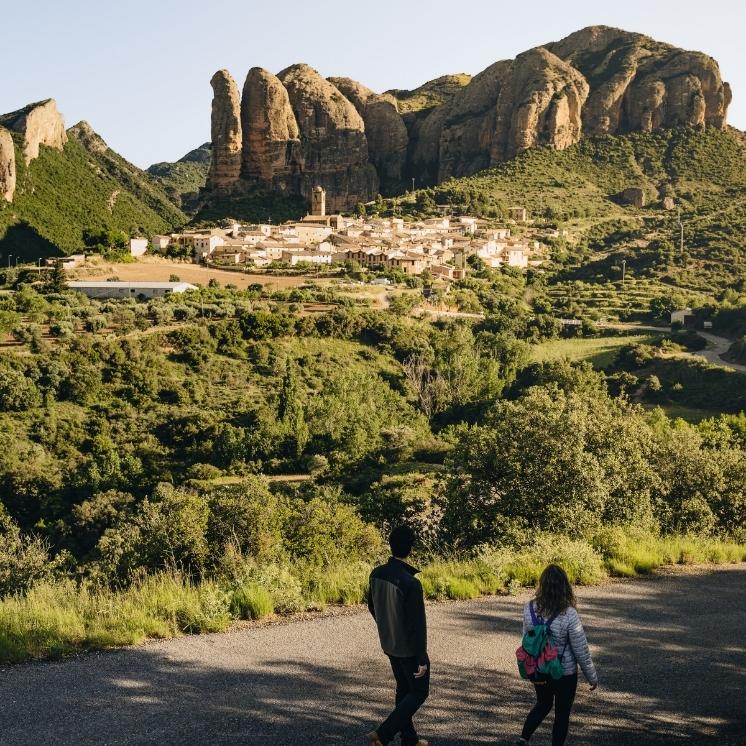 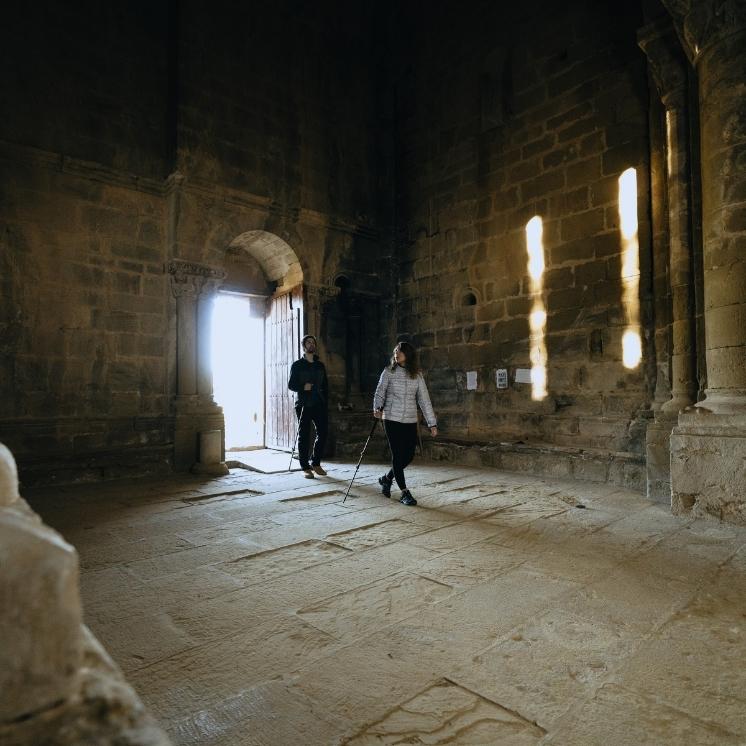 On this route, we will discover legends, fantastic beings, even giants! I hope you are brave enough to visit these places without fear of what you may find.
It is not surprising that the “mallos (ma-yos), strange, tall geological formations, have been the protagonists of so many legends in the area. Then there are monuments such as the Hermitage of the Virgen de la Peña de Aniés, which are fascinating because of the enclave in which they are located, their historical legacy… and paranormal appearances!
In each of the towns on this route, there is a hidden treasure. To locate it, we provide you with coordinates and a series of clues. We recommend that you download the free application available from https://www.geocaching.com/play There you find all our geo-located treasures and clues.

ANIÉS: CHAPEL OF THE VIRGIN OF THE ROCK

The starting point of this route is the chapel of the Virgin of the Rock, in Aniés. A miracle happened here. Do you want to know why, centuries ago, the people of the area decided to build a chapel in this very inaccessible place? The discovery of the image of the Virgin in a cavity on this hillside seems to have occurred around the year 903. The legend attributes the finding of the image of the Virgin to a knight from the castle of Loarre, who was hunting in the area. His falcon escaped while chasing a partridge, and the knight, worried because his bird did not return, followed it until he reached a cleft in the mountain where he found the image of the Virgin. Beside her, his falcon and the partridge sat facing each other in complete serenity. The inhabitants of Aniés moved the Virgin to the chapel of San Pedro, but the image miraculously returned itself to the rock, so they decided to build a chapel there.
The construction that is well-conserved to this day was finished in the year 1642. It was remodelled in the 18th century, and the latest restoration was in 2011. It is amazing how many images, altarpieces and votive offerings it houses. Especially amazing if you think about its location and size. How can such a small chapel contain so many things? Next to the chapel, a little further down, is the custodian’s house with a viewing balcony. From there you can enjoy the incredible views of the Huesca valley and the Castle of Loarre.

Open on weekends and holidays from Holy (Maundy) Thursday to October 12.
Visiting Hours From 10:30 to 14:30
Admission: 2.50€
Guided tours of the Sanctuary
Transfer to the top with a 4X4 vehicle for small groups, as well as reserved visits outside the established hours.

From Sarsamarcuello, along a good road, you will reach the hermitage of San Miguel and the castle of Marcuello, from where you can continue by car along a forest track towards the Mirador de los Buitres.
From the Mirador de los Buitres you have fantastic panoramic views of the Mallos de Riglos, Murillo and Agüero and Os Fils. In addition, throughout the year you can usually see Bearded Vultures and a large colony of Griffon Vultures.
The bone-eating Bearded Vultures are a threatened species in Spain and were found only in Aragon. From here, other areas have been repopulated, such as northern Spain’s Cantabrian region, which has helped to stop their decline. 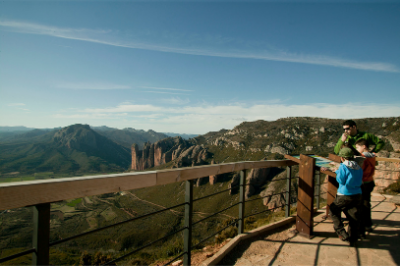 You will find the treasure at the following coordinates: N42º20,170 W000º42.432 It is a steep route. You need to go properly equipped. In the Geocaching link, there are spoilers to help find it. Placed by: m-rubio

The route begins on foot in the Plaza Ramón y Cajal, in Ayerbe. From there you will travel to the Romanesque chapel of San Miguel, which has been rebuilt and remodelled. When you see it, you will notice that it does not conform to the Romanesque style that we have seen in almost all of the Pre-Pyrenees region.
We continue on our way to the lookout point, and we discover the ruins of the castle of Ayerbe, built by the Muslims in 1030 and conquered by Sancho Ramírez in 1083. Finally, continuing along the road, we reach the Mirador d’os Muros from where we can enjoy a panoramic view of the Mallos de Riglos, Agüero, and Murillo, and the castle and sanctuary of Sarsamarcuello. 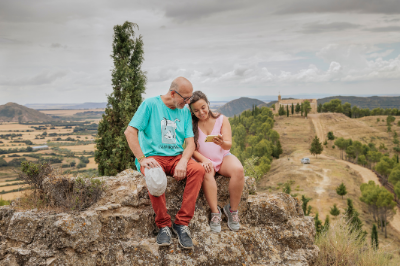 Although popular tradition says that the mallos (malls) were created by giants, the reality is that they were created by erosion. Flowing water creates these spectacular shapes, with spires that reach up to 325 meters high. In this region, there are mallos of differing heights. Each one has its own name.
The largest are called: the Firé, the Pisón, the Puro, the Castilla, the Volaos, the Knife, the Melchor Frechín, the Visor and the Mallo of the Water. The smaller ones: Colorado, Chichín, Herrera, Magdalena, Cored, Carilla, Agua Roja, Gómez Laguna and Capaz.
Do you have to climb them to get to the top? Not all of them: Melchor Frechín, the Paredón de los Buitres or the Mallo del Agua have a path that climbs to the summit.
In the village of Murillo de Gállego, going up a little more from the Church of the Virgin of Liena, you get to the Mirador de la Reina, from where you can enjoy an impressive panoramic view of the Mallos de Riglos.
In Riglos, there is no treasure, and that is why we do not go there on our treasure hunt, but we recommend that you go to the town at another time, because if the mallos are impressive from the town opposite, you cannot imagine what it is like from the foot of those giant formations!

Of all the mysteries in this kingdom of Mallos, the greatest is this: the unfinished church of Santiago de Agüero – standing alone, halfway up the mountain. Do not expect a small chapel. Not at all!
Come to see it. Even unfinished it is a national monument. There are several theories about its use and why it was never finished. The most romantic theory suggests that Queen Berta – the queen of the Mallos – built it in memory of her husband. Other theories say that Ramiro II started it for his retirement and that when he died, his son-in-law Ramón Berenguer IV moved the stonemasons and builders to make another great monastery, Poblet, leaving Santiago de Agüero unfinished.
Be that as it may, the best artisans worked in Santiago de Agüero. The architect Anoll, who signed his work everywhere and who later worked on Poblet; and the Master of Agüero, one of the best sculptors of his era and who we found in Huesca, in San Pedro el Viejo.
So why would you hire the best, let them work on the project and then throw them out without finishing the job? What or who caused the work to stop? We may never know.

In the summer months, there are temple opening hours and information guides for your visit. It is part of the “Open Doors” program of La Hoya de Huesca. More info
The rest of the year, they keep the keys in the nursing home located above the farmhouse, and they will lend them against the deposit of an identity document.
Phone: +34 974380533