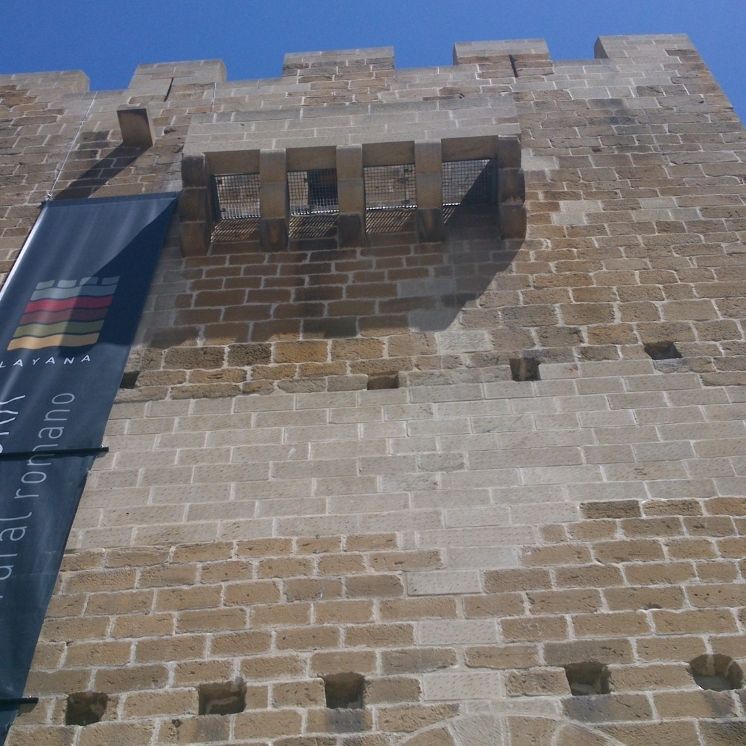 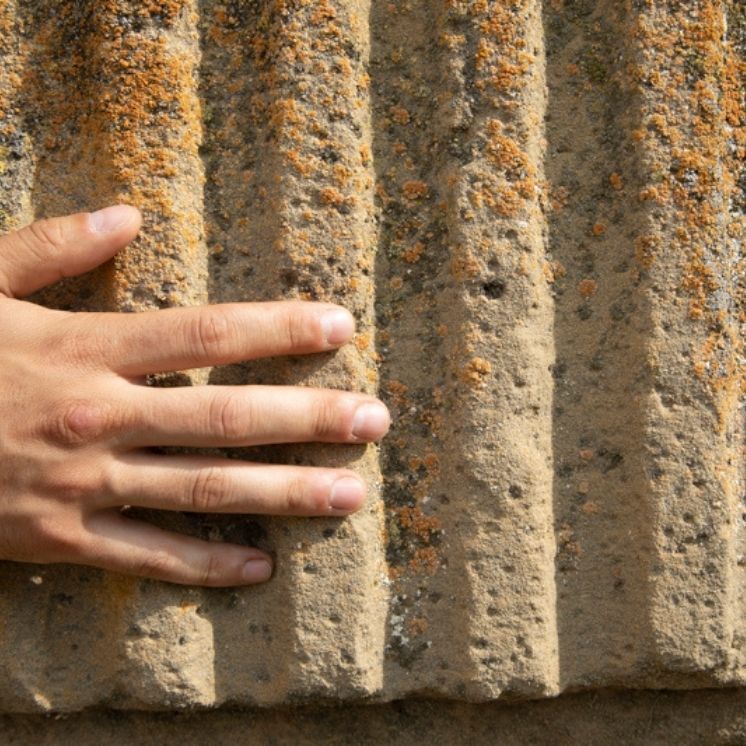 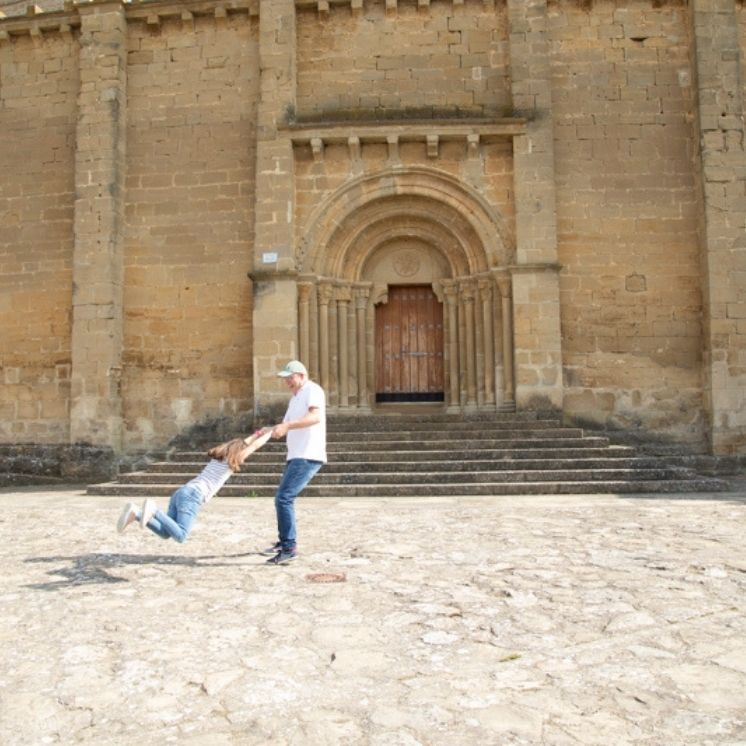 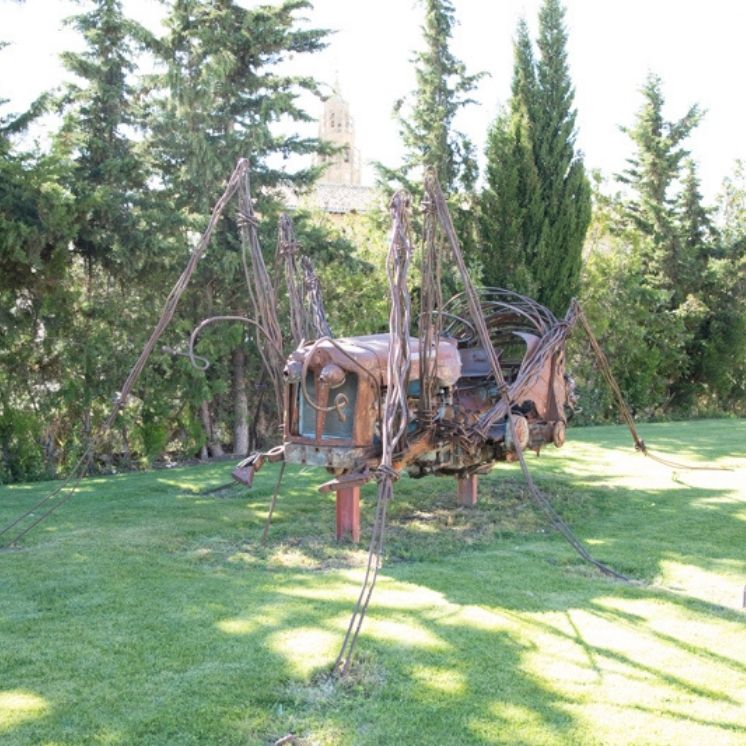 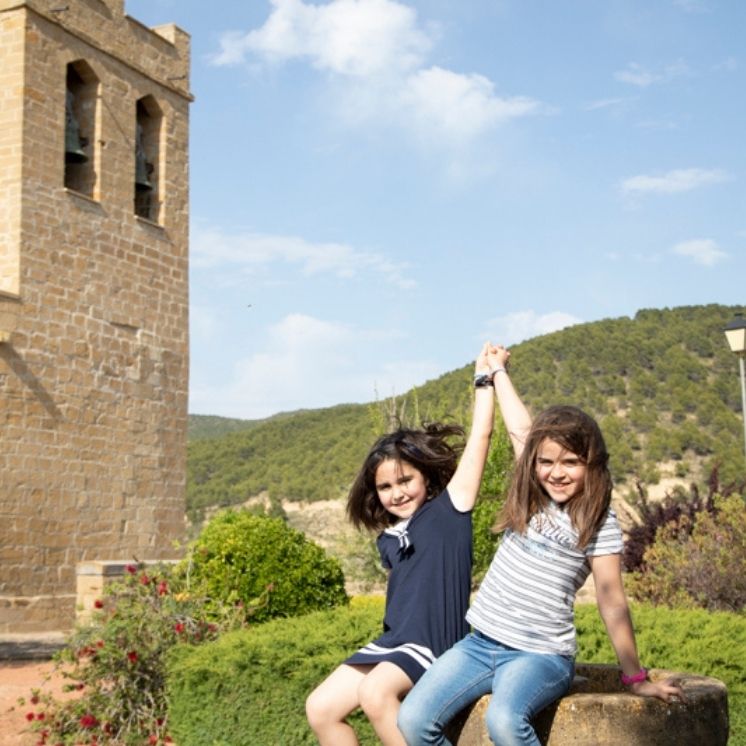 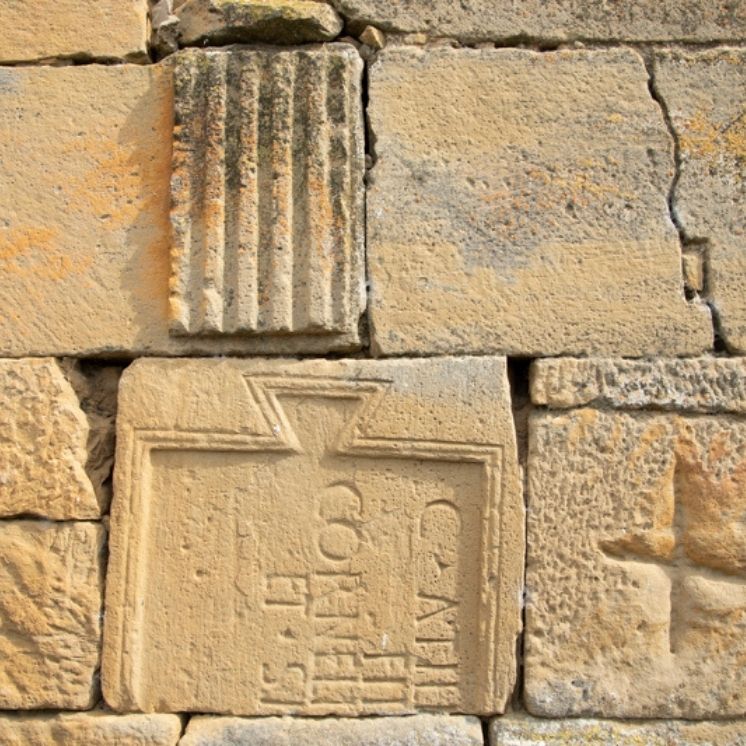 Do you know how a city was organized under the Roman Empire? The Romans organised their cities very methodically. Its urban system worked: paved streets, different zones according to each activity, water supply and more. You can find all that in Imperial Rome.
At each of the stops on this trip, there is a hidden treasure. To locate it, we provide you with coordinates and a series of clues. We recommend that you download the free application available from https://www.geocaching.com/play There you find all our geo-located treasures and clues.

We recommend that, as a first stop, you go to Layana and visit the Interpretation Centre. Then you will understand much better the archaeological site of Los Bañales, which is close by.
The Interpretation Centre for Rural Life in Ancient Rome is located in a rehabilitated medieval tower. The Centre is dedicated to rural life and agriculture. An interesting audiovisual presentation connects the different archaeological remains of the area and introduces you to the subject. Afterwards, the tour is structured around a series of explanatory panels. 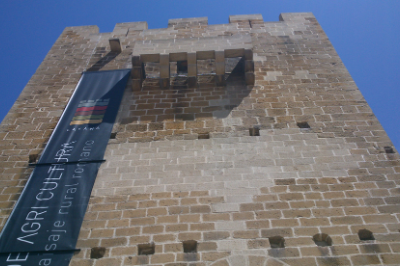 4. The lights direct the visitor through different floors.

1. Press the inside button next to the glass door.

The Roman city of Los Bañales was once a settlement of importance. The remains indicate that it was a trading centre, and was on one of the main communication routes that connected Caesaraugusta (modern-day Zaragoza) and Pompaelo (Pamplona). Did you know that one of the signs of commercial activity is found in a town’s rubbish? It sounds disagreeable, but the truth is that among the rubbish left by the ancient Romans were the shells of Cantabrian oysters.
Among the preserved remains we find a settlement area, some baths of the 1st century AD, an aqueduct and a necropolis. The inhabited space of the city is divided between the hill of El Pueyo and a second hillside terrace, currently the best-understood domestic space thanks to the remains found in typical Roman houses. The thermal baths also follow a structure that closely resembles those found in the Roman settlements of Bílbilis, Labitolosa and Arcóbriga. In addition, the Roman mausoleums of Sádaba possibly belonged to the area of influence of this Roman city.

You must previously arrange a group visit.

You will find the treasure at the following location: 42°17’14.7″N 1°13’50.5″W
Hint: Outside the railings, look at the ground
Placed by:
Clandestine Pre-Pyrenees

In Biota are the remains of a Roman necropolis in which there is evidence of the two most common funeral practices of Ancient Rome: burial and cremation.
The remains of the funeral pyre, or bustum, consists of a rectangular area dating from the first century AD and can be visited since they were restored and consolidated into a project of the Government of Aragon. 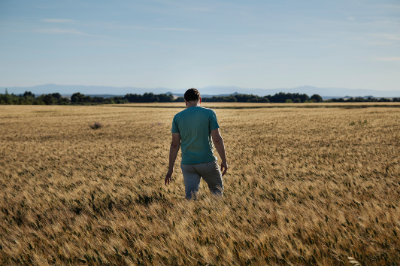 You will find the treasure at the following location: 42°13’19.7″N 1°07’13.9″W
Hint: An information panel will serve as a reference.
Placed by:
Clandestine Pre-Pyrenees

On the outskirts of Sádaba you can find these constructions:
The Atilios mausoleum is a Roman funerary monument erected by the Atilia family, who were oligarchs of that territory. The tomb was built specifically for Atilia Festa in his honour, plus his father and his grandfather. The monument dates from between the end of the first century, during the Flavian dynasty, and the early second century, during the Antonine dynasty. At that time, it was forbidden to bury the dead inside the cities, which is why people were buried outside at the side of the roads. Possibly it was an open-air construction with a central altar. The main portal and a side wall are preserved today.
The mausoleum of the Synagogue is a construction of the same type as the previous one, also built by landowners of the area during the Bajoimperial period in the 4th century.
In Roman times it was very important to remember the deceased, and that is why many tombstones were placed on the sides of the road so that passers-by could stop to read the inscriptions, and in this way, the memory of the deceased would not be forgotten. For example, the Atilios mausoleum was next to the Roman road that connected Pompaelo (Pamplona) and Caesar Augusta (Zaragoza).

The laboratory work is carried out once the remains of the archaeological site have been collected. The first step is to clean and consolidate them, that is, to treat them so that they do not deteriorate when handled. After the pieces are found, they are catalogued and registered so that the information is organised correctly. Finally, the pieces are analysed to establish the date, the type of material and the origin. For this, many techniques are used, depending on the kind of remains that we are studying.
You can see an example of the information provided by these analyses on the altar of the church, where there is a paleochristian sarcophagus, made of Carrara marble and carved in Rome in the fourth century. It is a very valuable piece. This information would be very difficult to discover without archaeological laboratory techniques. The images of the Evangelists appear without the mystical character that would be included later. This is because we are looking at a sarcophagus of very archaic Christian tradition. 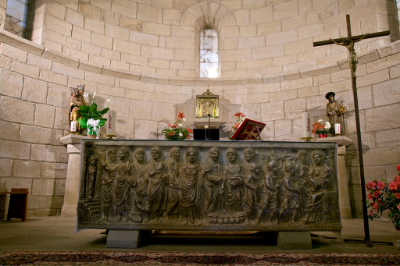 The visiting times of the church of Castiliscar and the historical complex that includes the chapel of Christ, the church and the Interpretation Center of the Order of St. John of Jerusalem are:

Cabezo Ladrero is a site that is just beginning to be excavated. It is very likely that if you visit in summer, you will see a team of archaeologists in action. Look at the tools they use. Their basic tools are the pick, the shovel, brushes, brooms, a scraper, a measuring tape.
In this Roman site from the first century, they have found important archaeological remains that indicate that it was an enclave of great importance for the time. In 2016 the Cabeza Ladrero Archaeological Project began, directed by Ángel Jordán, whose objective is the excavation, study and exhibition of this site. In the summer of 2018, the IV Excavations Campaign took place, and the project is still under way, with the intention of progressing a little more each year. 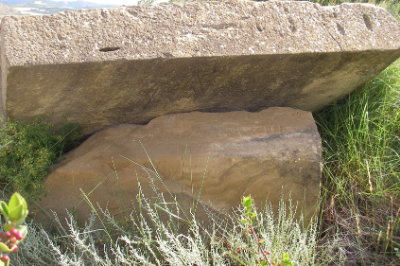