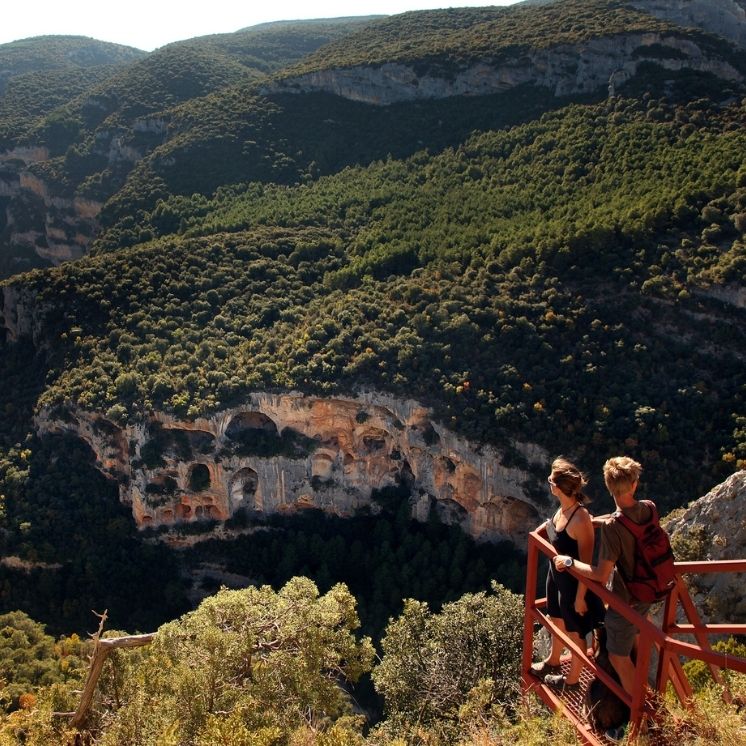 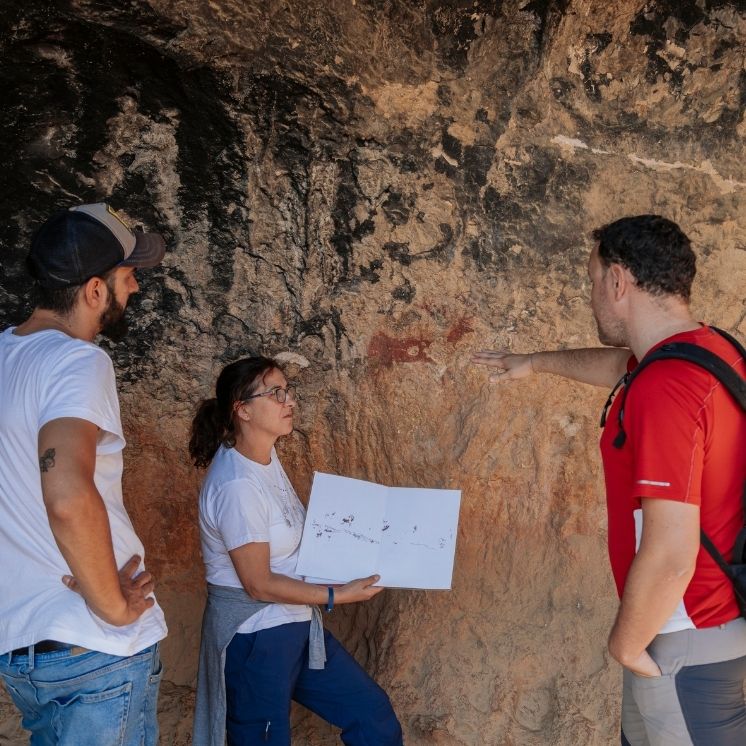 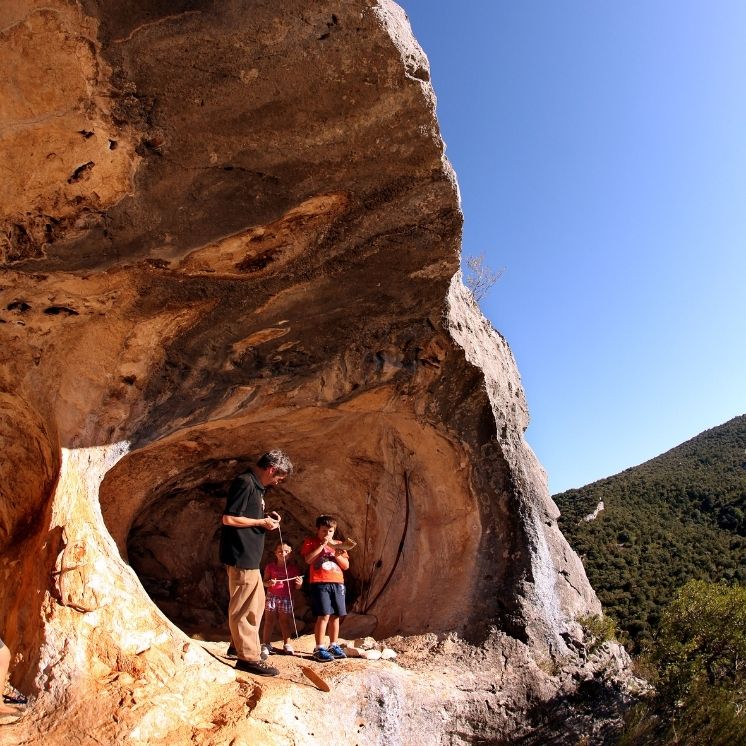 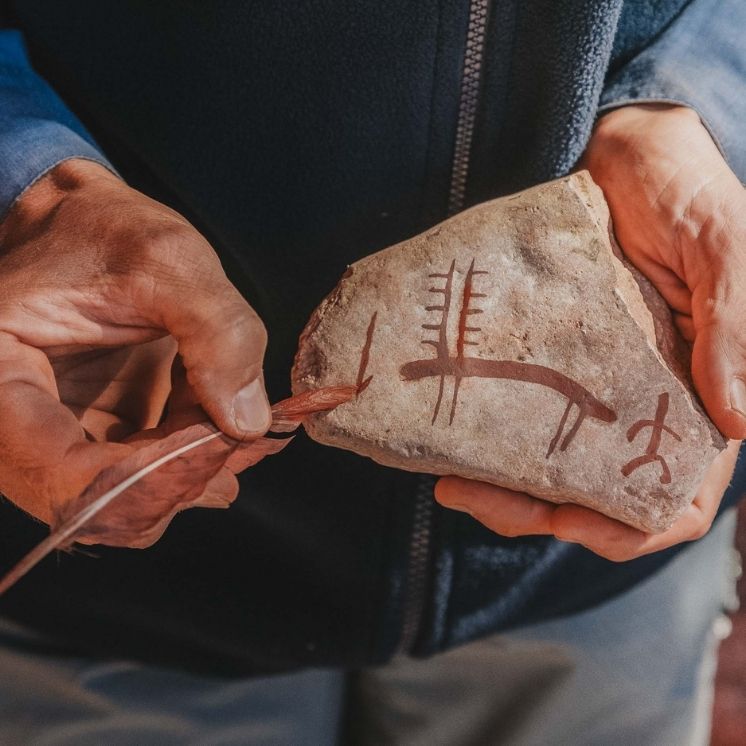 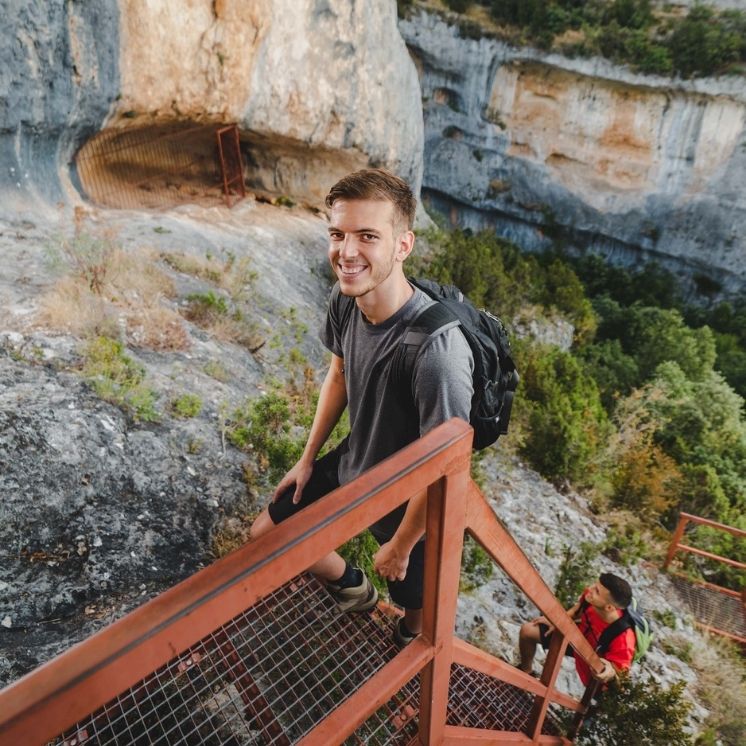 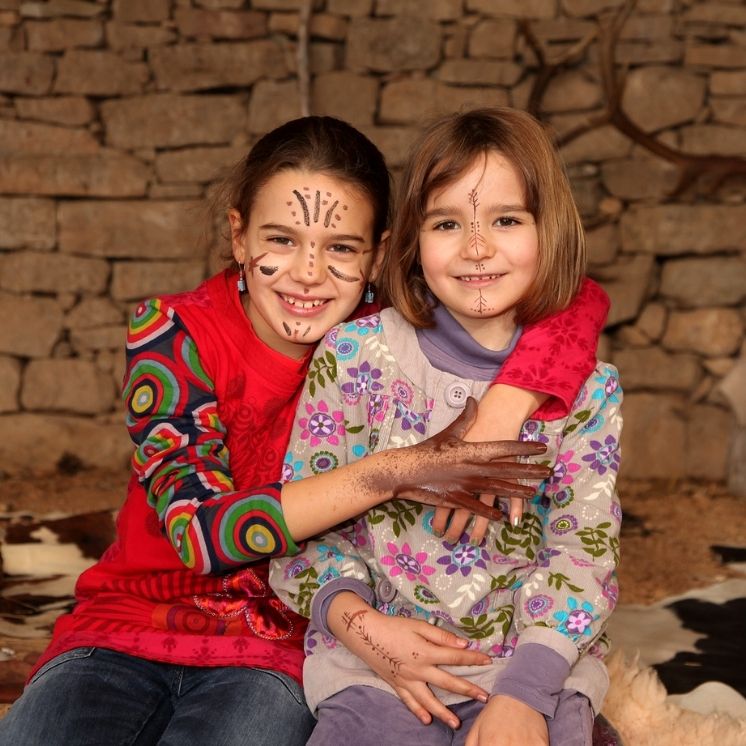 This is an area known and frequented by trekkers and adventure lovers, which also offers a fascinating cultural past: cave paintings made by our prehistoric ancestors that are designated UNESCO World Heritage sites.
At each of the stops on this trip, there is a hidden treasure. To locate it, we provide you with coordinates and a series of clues. We recommend that you download the free application available from https://www.geocaching.com/play There you find all our geo-located treasures and clues.

The best way to start the journey through Prehistory is to visit the Rock Art Center, as it will open the door to this mysterious and ancient world. From here, guided visits to the shelters with cave paintings at Arpan, Mallata, Barfaluy and Lecina Superior.
Mallata and Barfaluy are caves with schematic rock art; that is, the figures are represented with basic markings, in a very linear way. The chronology of this style includes the Neolithic, the Bronze Age and some samples from the Iron Age.
However, at Arpan, there are paintings that also correspond to the Levantine style of rock art. It is characterized by the representation of dynamic scenes where one or several figures perform an action: hunting, ritual dances, battles or daily life. 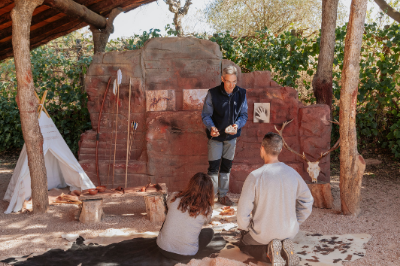 Check the schedules on the Tourism Somontano page

You will find the treasure at the following coordinates: 42°10’21.9″N 0°04’00.0″E
Hint: Find small embrasures or slots
Placed by:
Clandestine Pre-Pyrenees

In the shelters of Barfaluy 1, 2 and 3, we find different figures with human form, animals, group scenes and goats. In Barfaluy 1 and 2 they used red pigment, while in Barfaluy 3 they used black. The red pigment was obtained by crushing ochre and mixing it with water and a binder. 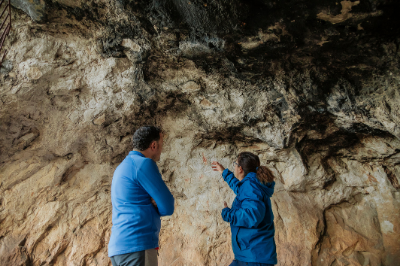 The Tozal de Mallata is a great precipice – a cliff hundreds of metres high. Its inaccessibility kept the paintings hidden until a few years ago. In these caves you can see several scenes painted in red pigment. Animals and anthropomorphic figures share the action, possibly part of a ritual. These paintings were made by human groups of farmers and herders in the Neolithic and the Bronze Ages. The images indicate that possibly the surroundings of the Vero were a place of worship, a primitive temple where, perhaps, magic was invoked. 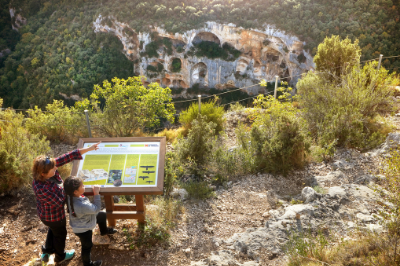 Here some of the figures are different from those we saw in Barfaluy and Mallata. That is because here there are Levantine-style paintings. Animals and anthropomorphic beings are no longer so schematic or so basic, and they have more realistic proportions.
This cave shelter is around six meters deep. The ochre paintings are distributed in four panels and are typical of the Mediterranean area of the Iberian Peninsula – Levantine Art.
Near this rock shelter are those of Fuente del Trucho, Chimiachas and Regacens, which are not visitable, although they have access roads that are highly recommended. 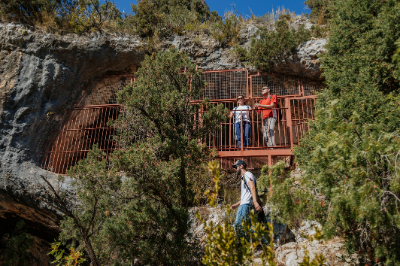 The Upper Lecina shelter is suspended on a cliff. It is located 740 meters above ground level. But how did the dwellers get there? Do not tax your brain – we can get there by following a path from Lecina. It is a hiking route.
In this shelter, you can see paintings of the schematic style in red and black. You will see a scene of men hunting animals. At the Interpretation Center of Colungo, you can organize a guided tour of these paintings. 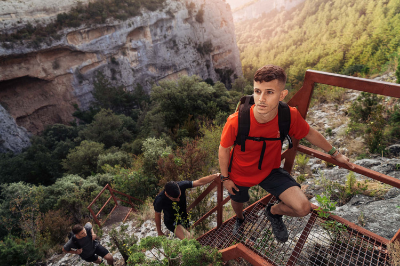