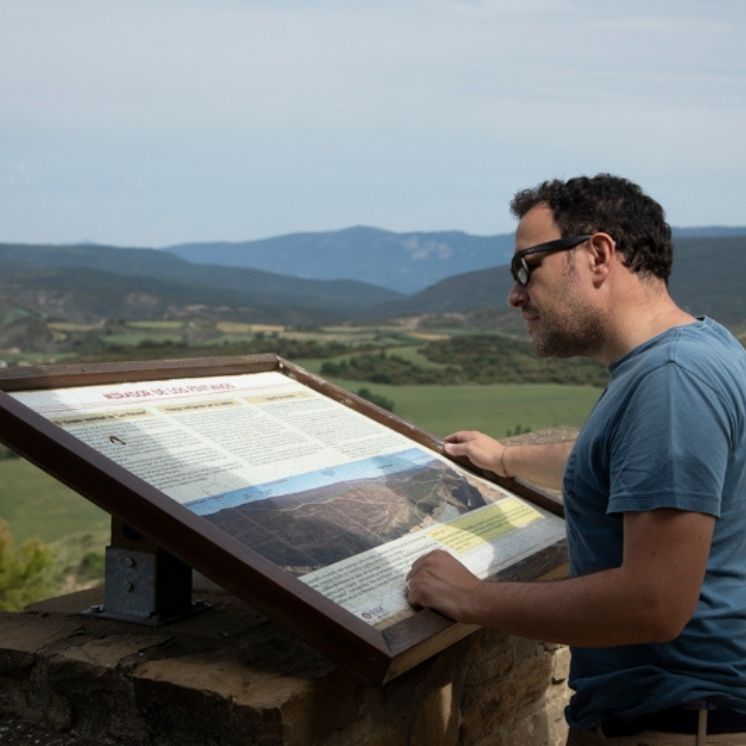 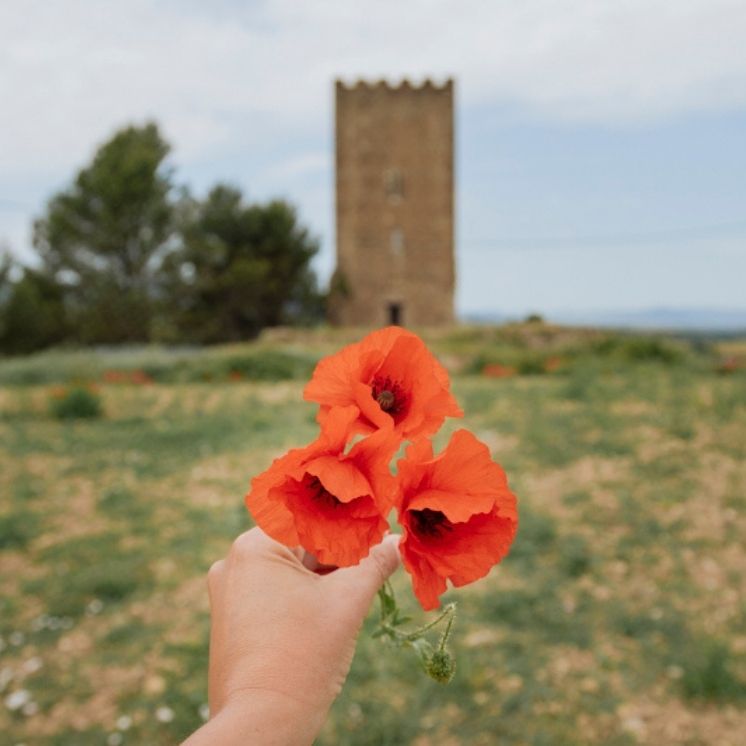 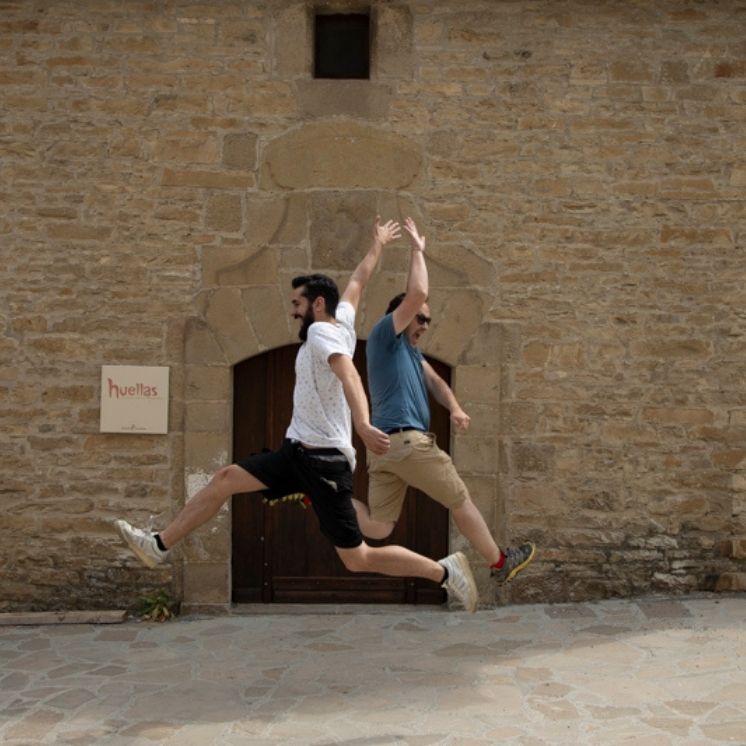 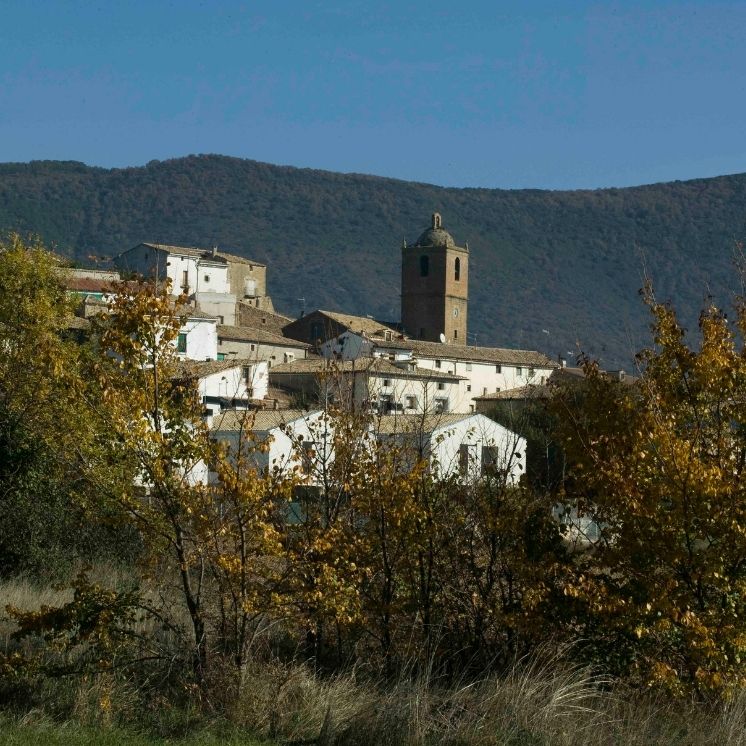 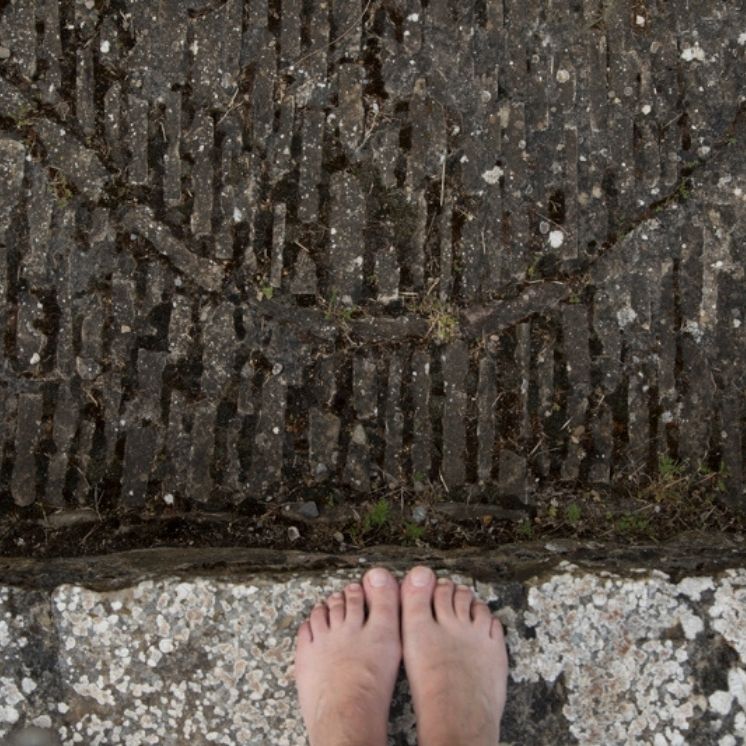 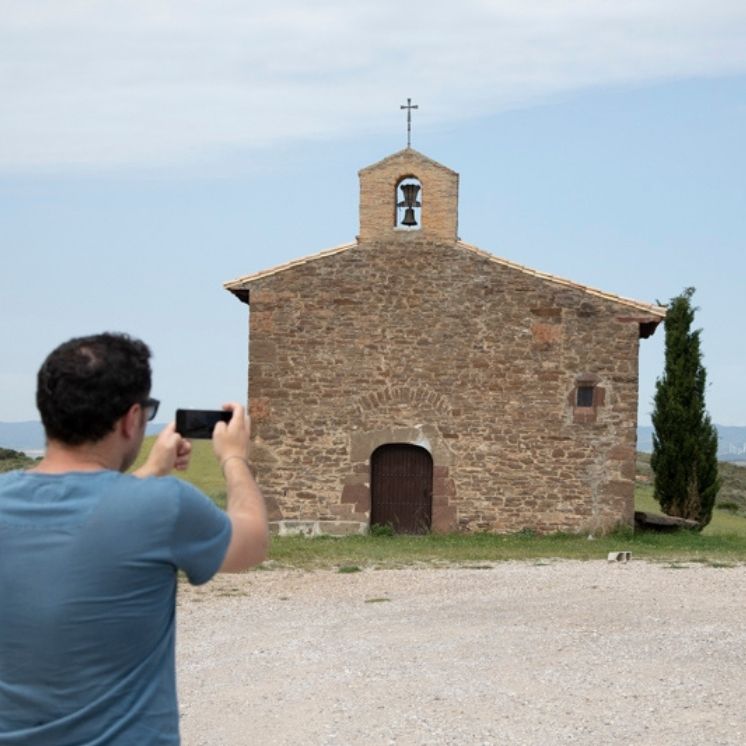 You are at the oldest historical point of Aragon. This is where the great history of the Crown of Aragon, the conquest of the Mediterranean, the Almogavars (lightly clad, quick-moving frontiersmen and foot-soldiers) and their warcry “Despierta Ferro!” (Awaken, steel!) all began. You are at the beginning of everything. Enjoy it. Savour it. It is an impressive place with the Pyrenees as a backdrop.
At each of the stops on this page, there is treasure to be found. To locate it, we provide you with coordinates and a series of helpful hints. We recommend that you download the free application available from https://www.geocaching.com/play where you find all our geo-located treasures and hints.

Undués de Lerda is the last municipality of Aragón through which the pilgrimage route to Santiago de Compostela passes, and is a UNESCO World Heritage Site. This pilgrimage path has its origin in the middle ages.
Already in the Middle Ages, many pilgrims went to Santiago, making the journey to earn forgiveness for their sins and find redemption. But it not only had religious relevance. In the time of the Reconquest, it was used for political purposes. The Christian advance was settling and consolidating around these pilgrimage cities while establishing cohesive ties between the populations and trying to create a unified identity. Later it became one of the most important trade routes and cultural exchanges of the Christian world.
Do not miss its great medieval snow store that served to keep snow and ice from melting for much longer, at a time when there were no refrigerators or electricity. 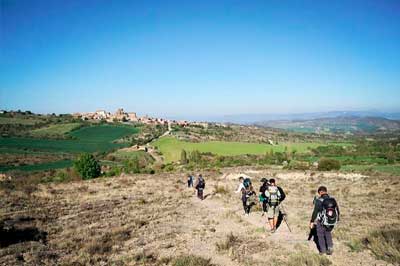 You will find the treasure at the following coordinates: 42°33’36.3″N 1°10’09.8″W
Hint: Here there was ice and snow all year round.
Placed by: Clandestine Pre-Pyrenees

This is border country. Over the centuries it has belonged to either Aragón or Navarre, according to the political and economic interests of the time. The fruits of this relationship between the two kingdoms, their history and that of their inhabitants can be seen in the cultural Interpretation Centre: “Aragón and Navarre, border kingdoms”.
The Interpretation Centre is in the most emblematic building in the town – the imposing medieval tower. Its construction dates back to between 1243 and 1304, although documentary sources indicate the existence of a castle in Navardún as early as 1198. The restored remains of the 25-meter tower are among the tallest in Aragon, which was originally part of a massive fortification. 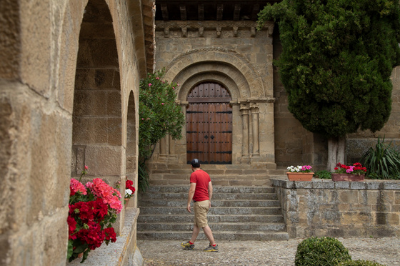 “Aragón and Navarre, border kingdoms”.
The Torreón de Navardún is only open at weekends. But you can make a special appointment by phoning: +34 689-919438.

You will find the treasure at the following coordinates:
42°30’46.6″N 1°08’44.5″W
Hint: Where the people of Navardún take the first communion
Placed by: Clandestine Pre-Pyrenees.

This small town is worth a visit because here we find the Church of Saints Julián and Basilisa, where once were found the most important Romanesque mural paintings in the world. These paintings were transferred to the Diocesan Museum of Jaca, although there are still some fragments on the walls of the church.
This XI century Lombard Romanesque construction had some paintings so richly embellished that it is believed that the construction of this church was financed by the monastery of San Juan de la Peña. The creation of these temples was part of the Cluny reform promoted by King Sancho Ramírez, son of Ramiro I. 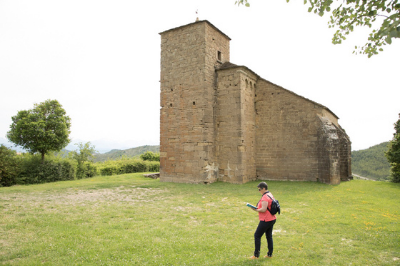 The history of Los Pintanos is intimately related to Ramiro I. When he fled from the army of the Navarrese after trying to take Tafalla, he took refuge in this fortress. After that, it took the title of Castillo Real, and the town created a link with the king who would identify it as part of the Kingdom of Aragon for posterity. This loyalty cost them dearly when in 1283 Navarre and the French destroyed the valley, razing much of Pintano.
If you want to know more about the history of the area, and specifically the reign of Ramiro I and his relationship with the people, you should go to the Interpretation Center of the Route of the Castles. Through models, audiovisuals and archaeological remains you will learn all its history.
And if you are interested in even earlier history, do not forget to visit the Pintano Archaeological Centre. There you will discover information about the first settlers of these lands. 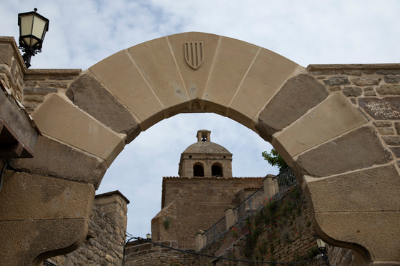 Interpretation Centre of the Route of the Castles

This charming medieval enclave dates from 921 AD. Its medieval alleys still preserve their original structure. It also has the honour of having the narrowest street in the world.
Do not miss the Church of San Esteban, a Romanesque temple from the 12th century. It is a beautiful temple which once housed beautiful paintings that today are in the Diocesan Museum of Jaca. But do not worry, in the Interpretation Center of the Romanesque Paintings of Urriés you can learn about their history and see reproductions. 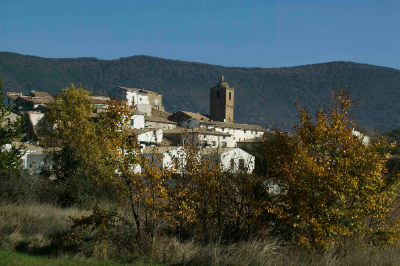 Interpretation Center of the Romanesque Paintings of Urriés