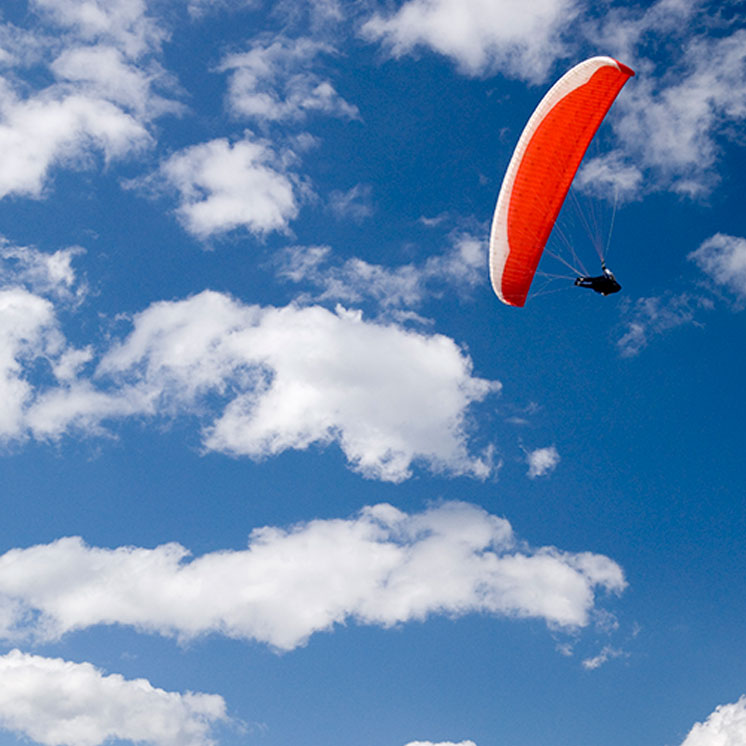 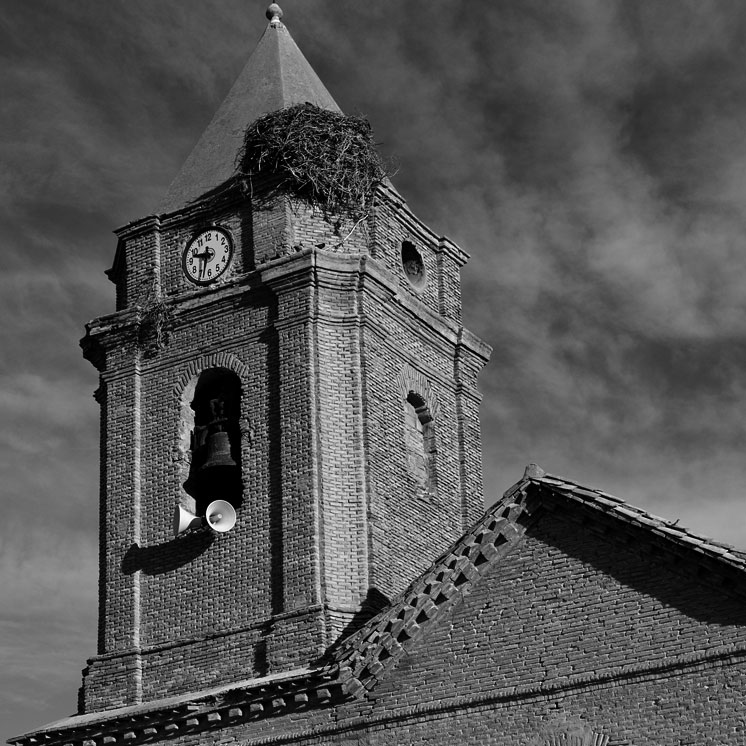 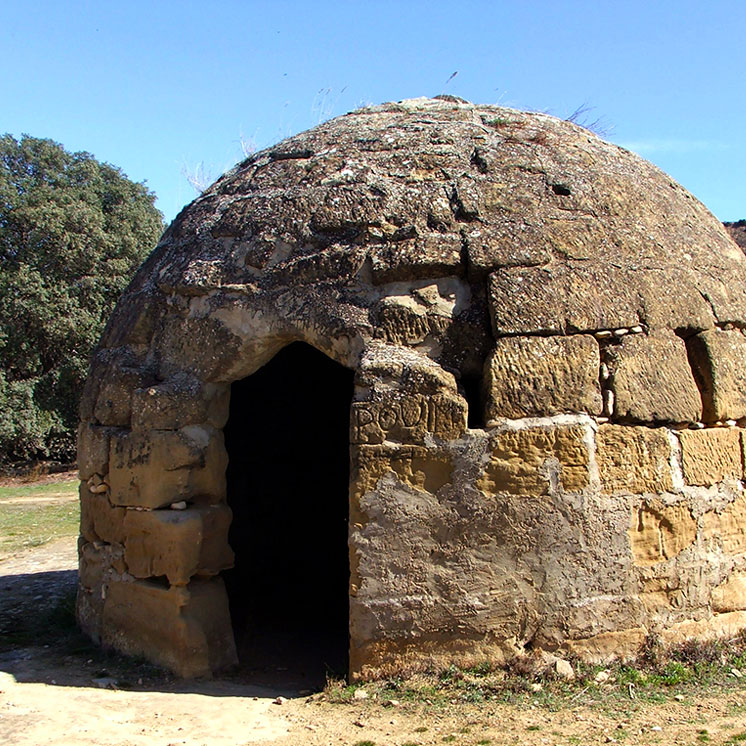 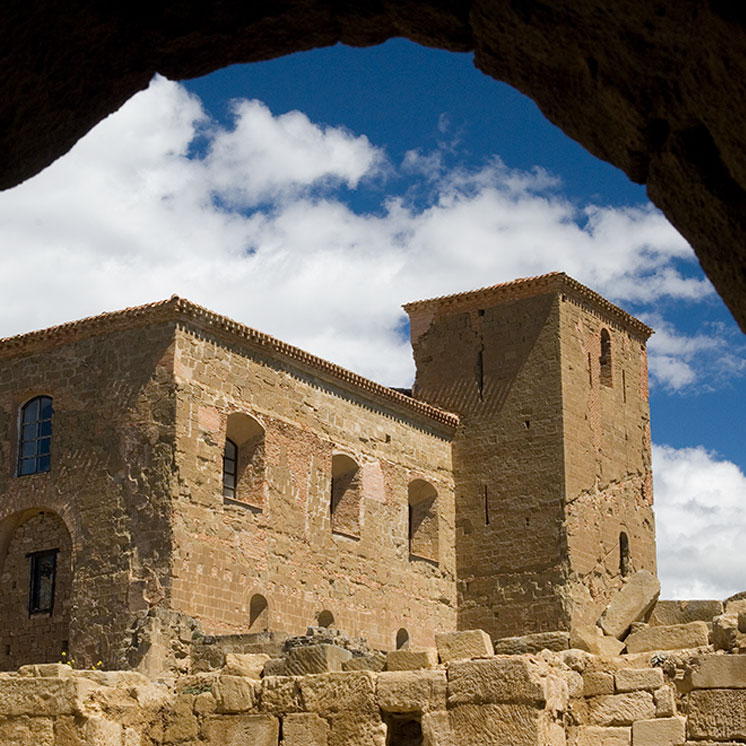 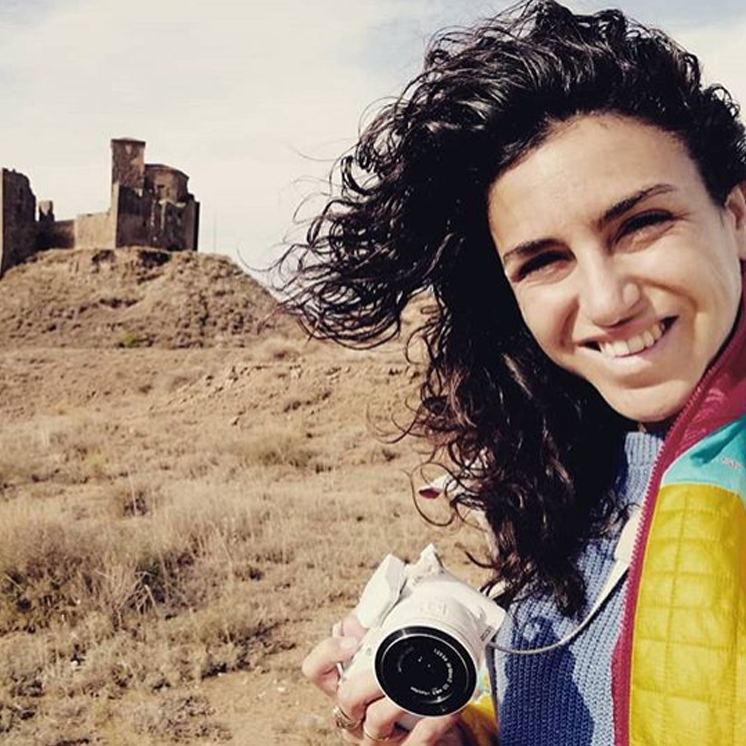 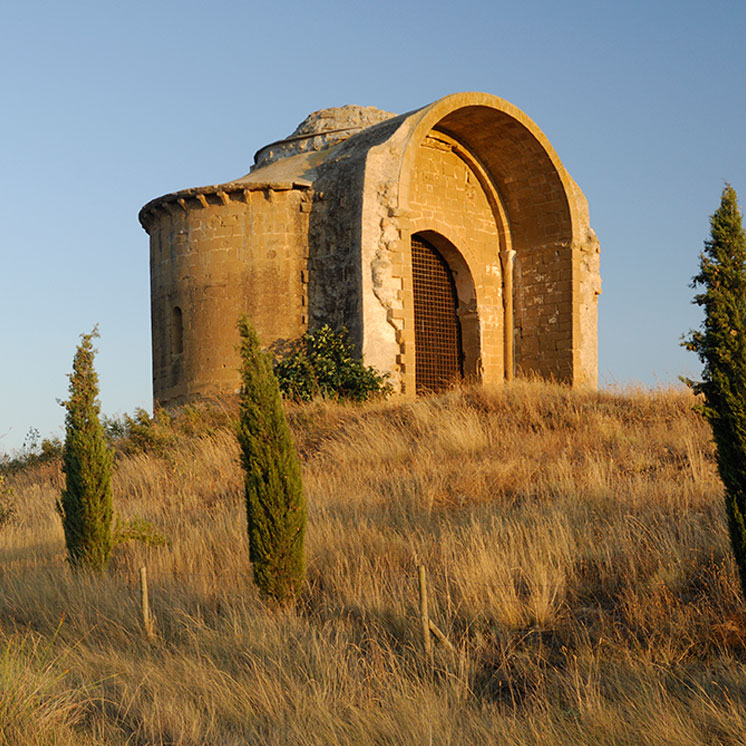 The Siege of Huesca in 1937 lasted almost a year and a half, but its effects are still with us today. For 500 days, the Republican army, and especially the Anarchist section, tried without success to take Huesca. The anarchists lost 1,000 men in this battle, and famous characters like George Orwell were wounded.
At each of the stops on this page, there is a treasure. To locate it, we provide you with coordinates and a series of helpful hints. We recommend that you download the free application available from https://www.geocaching.com/play There you find all our geo-located treasures and hints.

Vicién was an important strategic point for its proximity to Huesca (9 km) and its location next to the railway line. It became the operations and command centre of the anarchist militias from August 15, 1936. The “Ascaso Column “ and the “Aguiluchos” billeted in some of the houses in the town.
The arrival of the militia saw the population of Vicién grow from 400 to more than 2000 inhabitants, so they had to prepare lodgings, warehouses, camp kitchens and even a field hospital, which was located in one of the local houses on whose façade you can read even today: “Requisitioned by the CNT”
Anti-aircraft shelters were built to defend the civilian population. Through a network of observers, a passive air defence was established that using sirens and whistles alerted the community to the arrival of enemy aircraft and the need to move to the shelters. They were located in caves in the mountain slopes around the old Vicién Ice Store.
The “Radio Transmission Cave” was a place for fighters to development operations and transmit messages. Inside there is still an inscription that reads “TRANSMISIONES 141 BRIGADA, 32 DIVISION, 1-1-38” followed by a square with the letters “RB” in uppercase letters. You can also see a five-pointed star inside a circle.
Here, in March 1938, the headquarters of the 141st brigade of the 32nd Republican Division was installed to halt the advance of the Nationalist offensive. 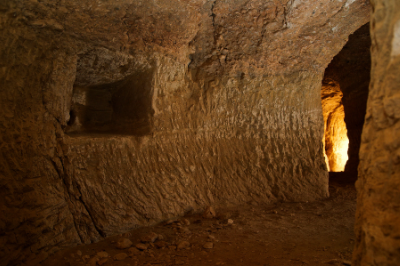 The British writer Eric Arthur Blair (1903-1950) better known as George Orwell described in his book “Homage to Catalonia” his memories during the six months he was in Spain, and his experiences during the eighty days he spent on the Aragon front, from January to June 1937. On the front he suffered hardships, calamities and despair; he describes what he sees, what he feels and what he thinks.
Orwell travelled to Spain in December of 1936 to write journalistic articles on the Spanish Civil War but ended up enrolling in Barcelona in the militias of the POUM – the Marxist Unification Worker Party – a party that was loyal to the Government of the Republic. He first fought in Los Monegros, in the vicinity of the Sierra de Alcubierre, and from February 16, 1937, he fought in the “Siege of Huesca”, in the surroundings of Monflorite and La Granja.
Next to the Plaza Mayor is the house that served as a field hospital during the war. Orwell convalesced during two weeks at this field hospital, in March of 1937, after suffering a wound to his hand. In February 2017 a commemorative plaque was placed on its façade.
On it, you can read: “While my arm was in the sling I spent several blissful days wandering about the country-side. Monflorite was the usual huddle of mud and stone houses, with narrow, tortuous alleys that had been churned by lorries till they looked like the craters of the moon.”.
Orwell was again wounded, this time in the neck by a bullet from a sniper on May 20, 1937.
Orwell described hospitals like this: “The hospitals were hurriedly constructed wooden huts where the wounded were, as a rule, only kept for a few hours before being sent on to Barbastro or Lerida.” Australian nurse Agnes Hodgson also wrote “We concentrated on the most urgent wounds, but it was very difficult and very hard to differentiate between them. Wounds that in normal hospitals would have required immediate treatment, there had to wait.” 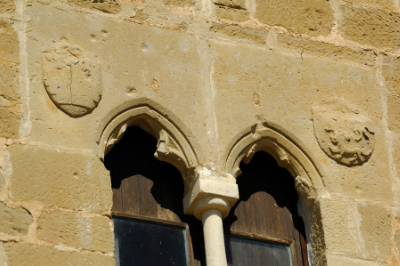 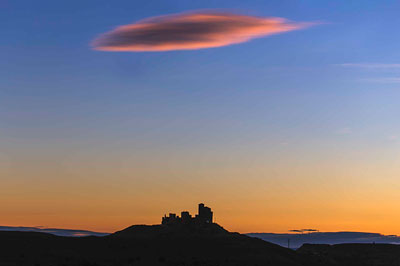 You will find the treasure at the following coordinates:
N 42°05.677 W 000° 21.383
Hint: George Orwell would invite you to come by.
Placed by: Clandestine Pre-Pyrenees

The Saso de Tierz trenches were a strategic Republican enclave from which the Barbastro highway, the Estrecho Quinto pass, the town of Tierz and the city of Huesca itself were controlled.
The militiamen excavated a line of trenches parallel to the Saso, adapting to the contours of the terrain, and protecting themselves with a masonry front wall.
Go inside the trenches and look at the shooter’s holes and into some of the excavated underground galleries that served as shelter, housing, powder magazine, warehouse, command post and first aid centre.
Inside these caves, there are niches which were cut into the rock to act as shelves to store objects, and there are inscriptions recorded by the militiamen on the walls.
Orwell, in his book Homage to Catalonia, told of life in the trenches “(…) a life as uneventful as a city clerk’s, and almost as regular. Sentry-go, patrols, digging; digging, patrols, sentry-go. “ He also wrote a list of the five most important things in trench warfare: “firewood, food, tobacco, candles and the enemy, in that order, with the enemy in a remote last place.”
In the outskirts of Tierz, there is a small stone house, with a circular floor and a hemispherical dome, whose original function was that of guardaviñas that served as a warehouse, refuge or guard post. It is reached by a signposted road from the hermitage of Santa Cruz de Tierz along the cemetery road. It contains a large number of inscriptions related to the POUM, the Workers Party of Marxist Unification, a party loyal to the Government of the Republic of the time. 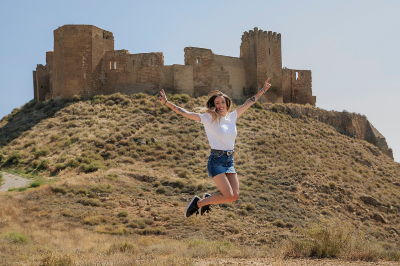 The heights of Tierz, Montearagón and Loporzano formed the so-called “Estrecho Quinto Position” during the Siege of Huesca. In this place several concrete bunkers, constructed by the militiamen of the POUM and oriented towards the city of Huesca, are conserved.
A few meters from here is another, larger machine gun emplacement that had an entrance and a work passage that led to the redoubt with a U-shaped floor plan and five embrasures.
Initially, the location was part of the national defensive position of Estrecho Quinto, consisting of Montearagón, Quicena, Loporzano and the Tierz heights. Later the fortification was part of the first Republican defensive belt around Huesca in what is known as the “Siege of Huesca”. These defences were built at the end of 1936 by order of Colonel Villalba when the military front around Huesca was consolidated, and Estrecho Quinto was taken by the Republicans. 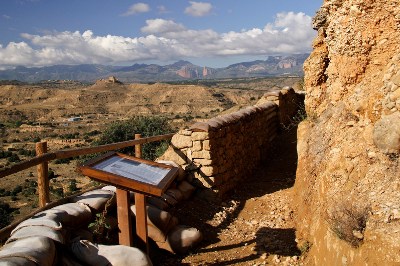 You will find the treasure at the following coordinates:
42°08’14.3″N 0°20’01.4″W
Hint: Hold the position! Never retreat!
Placed by: Clandestine Pre-Pyrenees

This trip invites us to reflect on the painful conditions of life that thousands of combatants suffered during the war: heat, cold, rain, shortage of food and sanitary material, long days of confrontation, of waiting, of killing time; advancing and retreating, as well as the danger of bullets and explosions. And also of the people who voluntarily decided to help not only the front-line soldiers but also the people who came to the hospitals with infections due to lack of hygiene or due to contaminated drinking water, malnutrition, lack of vitamins and a long list of diseases.
Orwell wrote:
“Often I used to gaze round the wintry landscape and marvel at the futility of it all. The inconclusiveness of such a kind of war!” 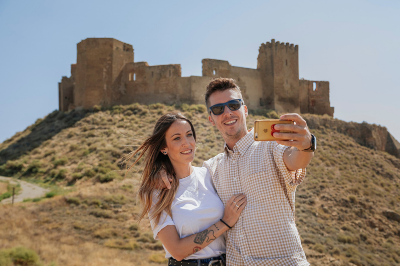 You will find the treasure at the following coordinates:
42.1385382, -0.3205028
Hint: This enclave, due to its privileged position, was a very active place during the Spanish Civil War.
Placed by: fuina

VIEW IN Geocaching
Login to Prepirineo Clandestino
Reset Password
Enter the username or e-mail you used in your profile. A password reset link will be sent to you by email.