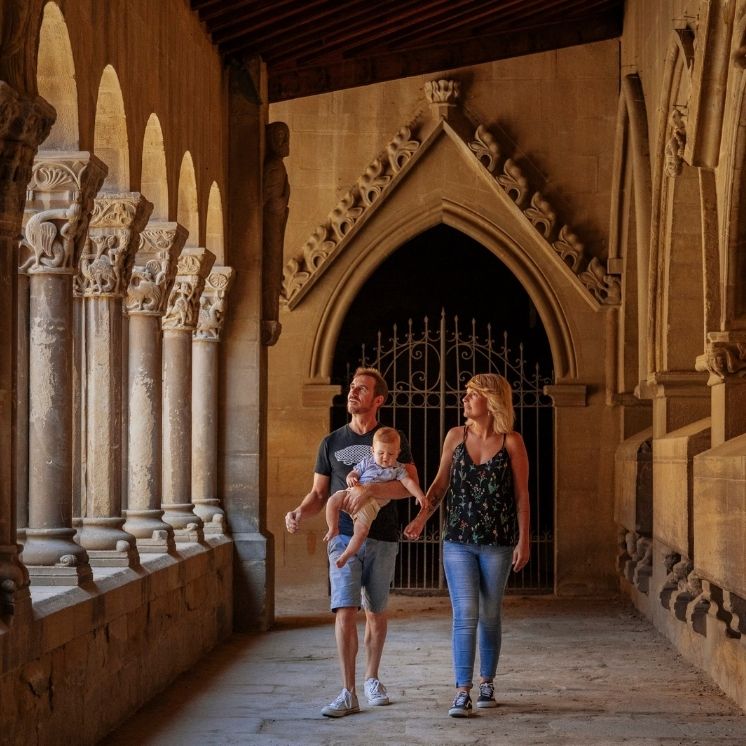 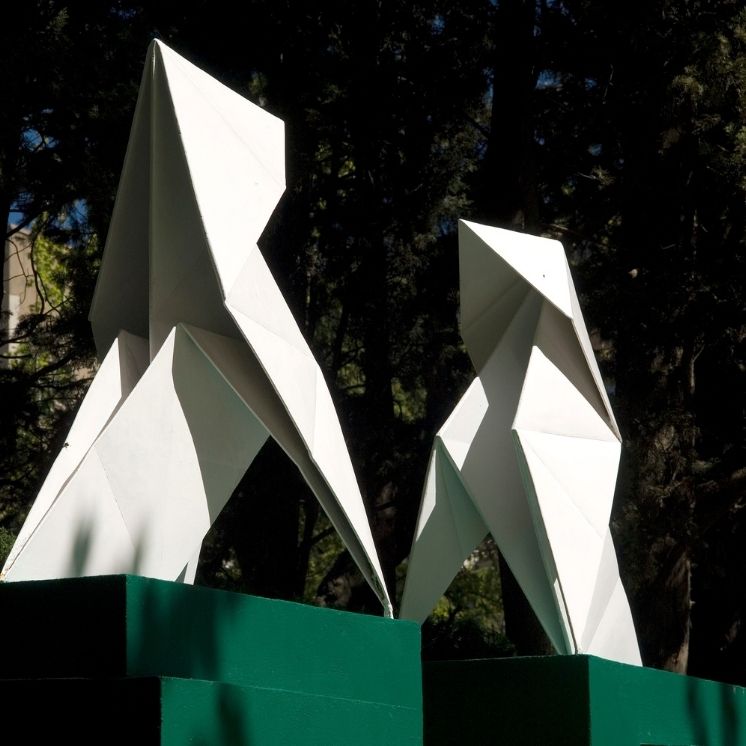 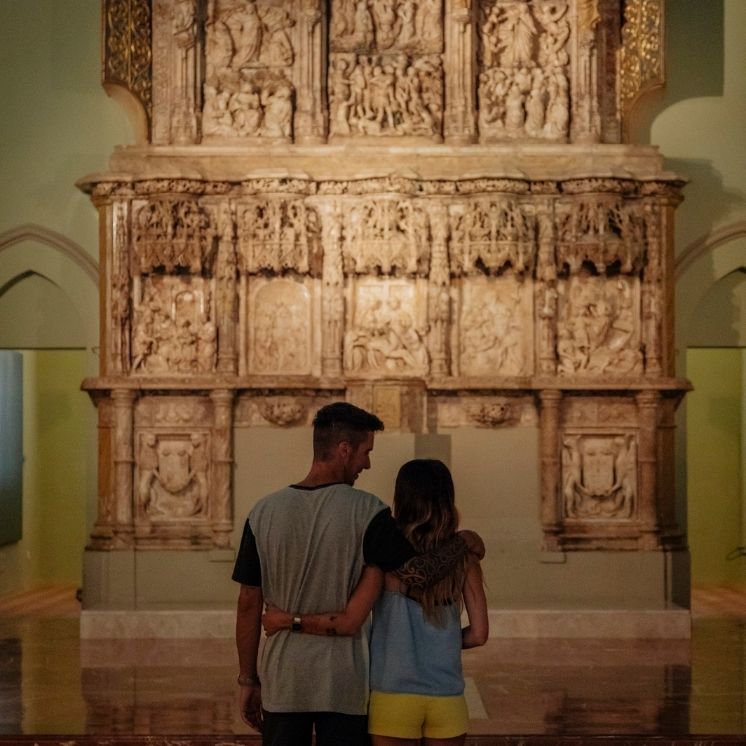 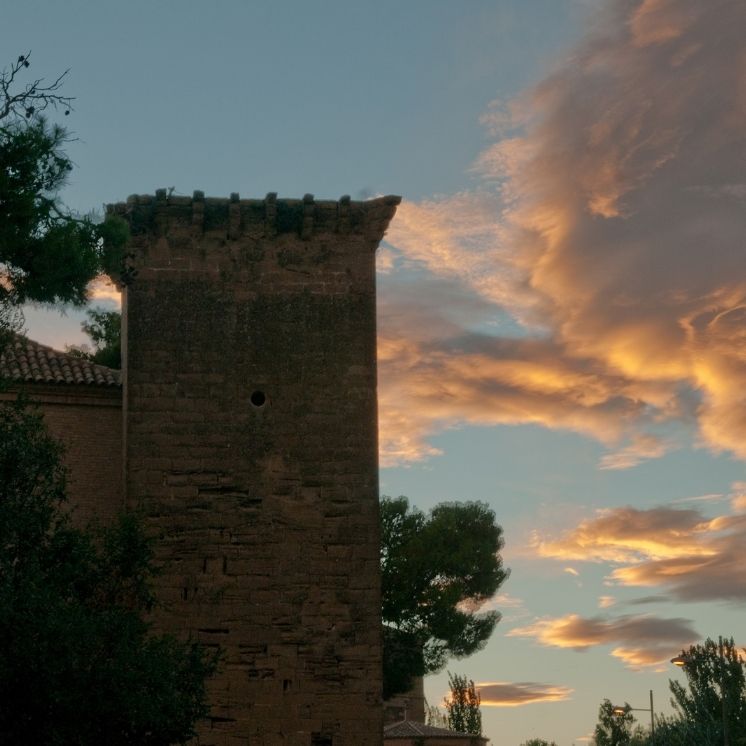 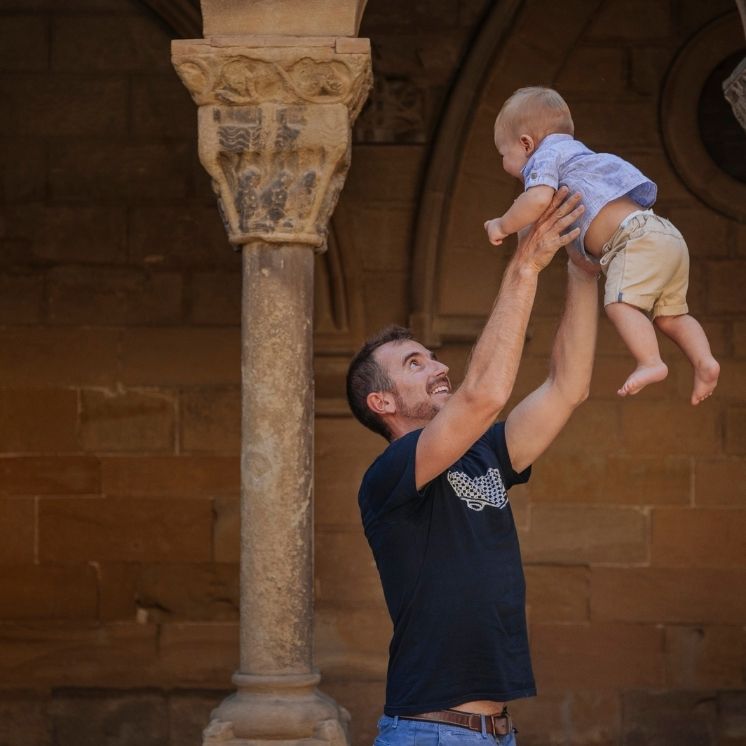 Huesca, capital of the kingdom. It is an ancient jewel with a modern soul. A friendly and attractive city. A city that houses a great cultural life. You will feel at home without having ever visited it before.

How do you play?
We’re going to give you some clues so you can find the treasure. They are spread throughout the city, and you need to get them in the correct order. Remember to bring paper and pen. When you have them all, you will have the key to unlocking the location of the gold coins. At the bottom of the page, you have access to the treasure. You have to enter the clue numbers in the correct order: the first number of the first clue, the second number of the second clue, and so on.

Clue No.1 The Oscense Circle

The Casino, as it is popularly known, is a rarity in this city. It is the result of the desire for freedom and change of the inhabitants of Huesca (called Oscenses) at the end of the nineteenth century. It was founded as the headquarters of the Liberal Party and was built in the modernist architectural style of the time. In order to finance the Party, some gaming and betting was allowed, but there were also language courses, dances, banquets, conferences and recitals. This mirage of new airs and graces didn’t last long – from 1904, when it was inaugurated, until the dictatorship of Primo de Rivera in 1923. Then the war took its toll. It served as a military hospital and lost some of its splendour when it was looted.
It is located in Plaza Navarra and continues to be the epicentre of the city. In Huesca something very strange happens – it is a small provincial town but has the soul of a great cultural city (the influence of Queen Sancha perhaps?). There is always something new going on, and always something to do. And the Casino is the heart that oxygenates this city. There are always amazing things happening here – like its restaurant being awarded a Michelin Star, or being transported instantly to the beginning of the 20th century. 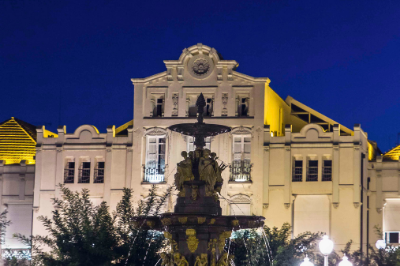 Clue: LET THE MUSES GUIDE YOU

Clue: LET THE MUSES GUIDE YOU

In Greece, there were nine muses, and they were considered to be the personification of knowledge and the arts. In Plaza Navarra in Huesca, there are less than nine. You will find them depicted in the fountain, on the upper part. But they have something unusual about them – one of the muses is the personification of… industry! She is represented with a small wine press and a hammer.
The number of muses will be your first clue.

CLUE NO.2 PORCHES OF GALICIA

Huesca is a vibrant city. The Oscenses like to walk, go shopping, listen to music, see things and generally move about. The most typical area to do it are the Cosos – streets that follow the old layout of the medieval wall – and the Porches of Galicia. There, among sidewalk cafés and the candle-lit tables, you will be able to enjoy tapas, coffees, beers and conversation, just like a local.
Right here, in the four corners where the Coso Alto and the Coso Bajo converge, was one of the access doors to the city: the Portaza de Menores. But today, only the remains of the original wall can be seen. The city swapped defences for friendship; the walls for shops and terraces. 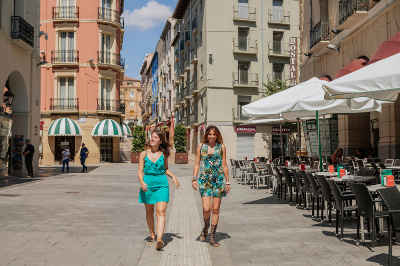 CLUE: FROM HERE TO HEAVEN

CLUE: FROM HERE TO HEAVEN

From the Porches de Galicia you can go anywhere in Huesca. It is all signposted. Look for the red-coloured signs. Count the number of destinations to which they lead you. That will be your clue.

Huesca was the capital of the kingdom of Aragon, and here the first Noble families who had helped the Aragonese kings to create and maintain their kingdom, built their houses. One of these was the Azlor family, the Lords of Panzano, who accompanied King Pedro I on the conquest of Huesca from the Arabs in 1096.
Much has happened since then, but the original house of the Lords of Panzano, later the Counts de Guara and Dukes of Villahermosa, remains standing. It has an impressive 13th-century Mudejar ceiling, full of fantastic animals and iconography of the time. 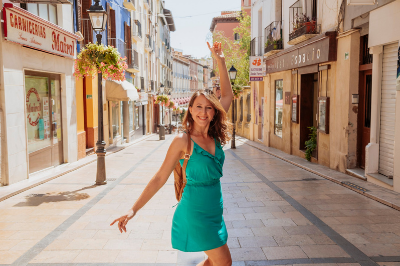 On the Mudejar ceiling of the Azlor Palacio, there are leopards, dancers, warriors, dragons, turkeys, shields and even mermaids (sirens).
How many tails does the siren on the ceiling have? It will be your third clue.

One of the greatest treasures we can see in Huesca is here, in the monastery of San Pedro el Viejo (St. Peter the Elder). In its cloister we can read in stone the story of Christianity, from the Flight to Egypt to the descent from the cross, as well as biblical scenes and medieval bestiary.
Its creator, the Master of Agüero, or San Juan de la Peña, lived in the times of Sancha de Castilla and Alfonso II of Aragón. He was one of the best sculptors of his time, and settled in Huesca, probably at the behest of the Royals, who were great patrons of the arts. 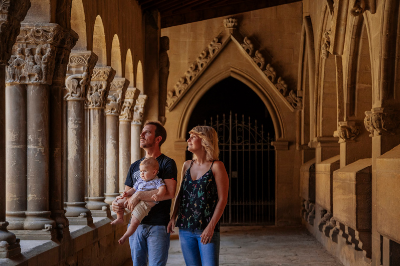 The stone book, carved on the chapiters of the cloister of San Pedro el Viejo, has many pages. How many chapiters are there? Add the digits of the number until there is only one left.

This was the most distinguished street in town, chosen by the wealthiest families to build their mansions until the seventeenth century, as it was one of the main roads that led to the Cathedral. At present, you can see the houses of Ara and Ena. The Olcina, Urriés, Esmir and Ruiz de Castilla houses have all since disappeared.
In Casa Ena in 1888, the great Huescan artist Ramón Acín was born. He bequeathed one of the city’s most recognisable symbols to the community: Statues representing folded origami birds. 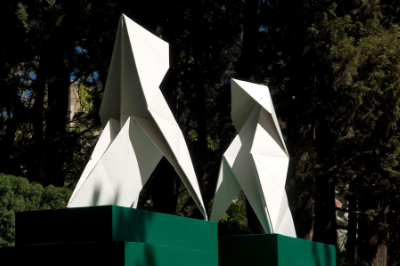 From Casa Ena, Ramón Acín and his wife Concha Morás were pushed to their death. Find the date of their murder, add the month and day, then keep adding until there is only one digit left.

The building of the current Cathedral began around 1273, in the reign of Jaime I. But until then, had there been no cathedral in Huesca? Yes! There had always been one since its conquest in 1096 when they converted the central mosque to a Cathedral. The current one is built on the same site.
In addition to the fabulous Main Altarpiece, a place you must not miss is the Salón del Tanto Monta. It was closed for 60 years, but now, after its restoration, you can see it in all its splendour. 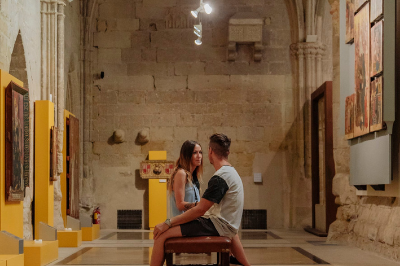 CLUE: A DECLARATION OF INTENTIONS

CLUE: A DECLARATION OF INTENTIONS

The panelled ceiling of the Salón del Tanto Monta is a declaration of intentions. When it was built, Ferdinand II of Aragon – Fernando the Catholic – was not yet King of Aragon, although he was King Consort in Castile after his marriage to Isabel. In Huesca, this ceiling was built with the words “Tanto Monta” inscribed on it – the personal motto of the future King Fernando II.
Do you remember the date of the Catholic Kings’ last conquest in Spain? Subtract the construction date of the panelled ceiling in the Salón del Tanto Monta. Add up the digits until there is only one left.

Diocesan Museum of Huesca,
From Monday to Saturday from 10:00 to 14:00
Sundays and Holidays: Closed.
More information

In the Royal Palace of Huesca, where the Huesca Museum is housed, the most bloody episode in the history of Aragon is said to have taken place: The so-called “Bell of Huesca”.
It is not certain that it actually happened, but it could never have taken place in the bell room, at least, because what remains of the Royal Palace was built many years later by Alfonso II, grandson of Ramiro II, the perpetrator of the “Bell”. 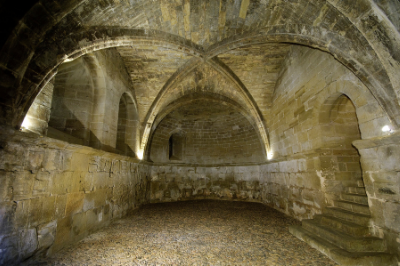 The pious Sancha is sure to have disapproved of the story of her husband’s grandfather: Ramiro II. The story says that Ramiro beheaded those lords who were plotting against him, hanging their heads from the ceiling in a bell shape and putting as a clapper the head of the leader of the conspiracy. You can see a representative picture in the museum room. How many severed heads are there? Add the digits of the number until there is only one left. If you can not see them clearly, you can see a larger canvas that is in the City Council offices, and that was donated by the Prado Museum. You will see it if you take the guided tour of the city.

OPENING HOURS TO THE PUBLIC

This Huesca that you see now: warm, cordial and friendly, was not always like that. The conquest of Huesca was ferocious. The Aragonese troops besieged Huesca for 31 months! But the Arab city, then called Wasqa, was surrounded by strong walls. The chronicles speak of 99 towers, six gates and more than two thousand meters of wall. It was enormous!
The wall was preserved and reinforced after the fall of Huesca, but with the passage of time, and no longer being needed for defence, it fell into ruin. Currently only one of its six gates remains: the Porteta, a tiny piece of the wall around Monte Aragón and one of its many towers, the Tower of Amparo, overlooking the Church of San Miguel, the old Middle Ages leper hospital, and the Isuela River.
Although it was built in the ninth century, it is very changed today because until the sixteenth century Huesca preserved its walls, but of course, they had to make repairs and improvements, and so it had Romanesque and Gothic elements mixed. You can still see part of the wall if you enter some of the bars and shops in the Cosos area. They were such strong walls that they built modern buildings onto them instead of knocking them down. 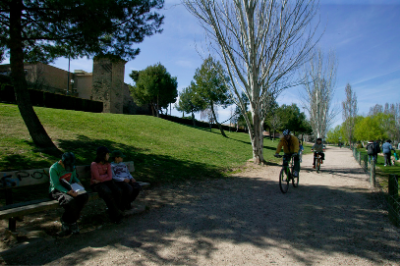 When Petronila lived in Huesca the castle was preserved intact, with its mighty walls and its many towers. Outside the walled city were its suburbs and Jewish quarters. Every 22 meters there was a tower. How many, with their Gothic decorations, remain standing today? Add up the digits until there is only one left.