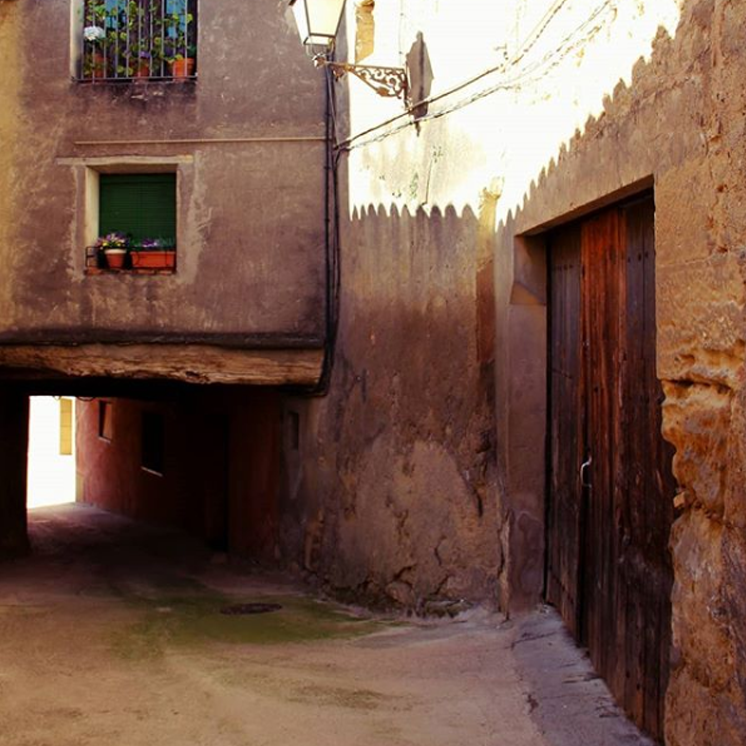 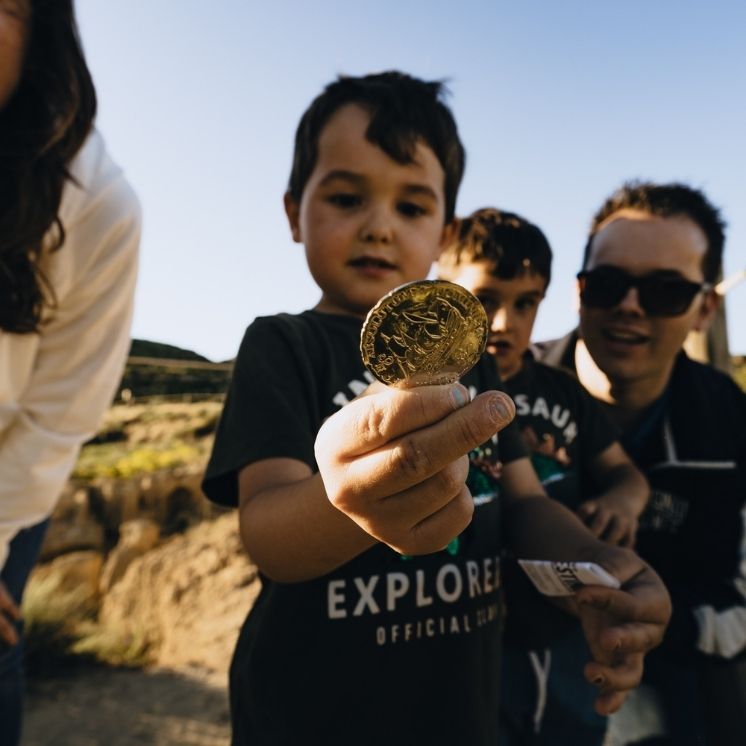 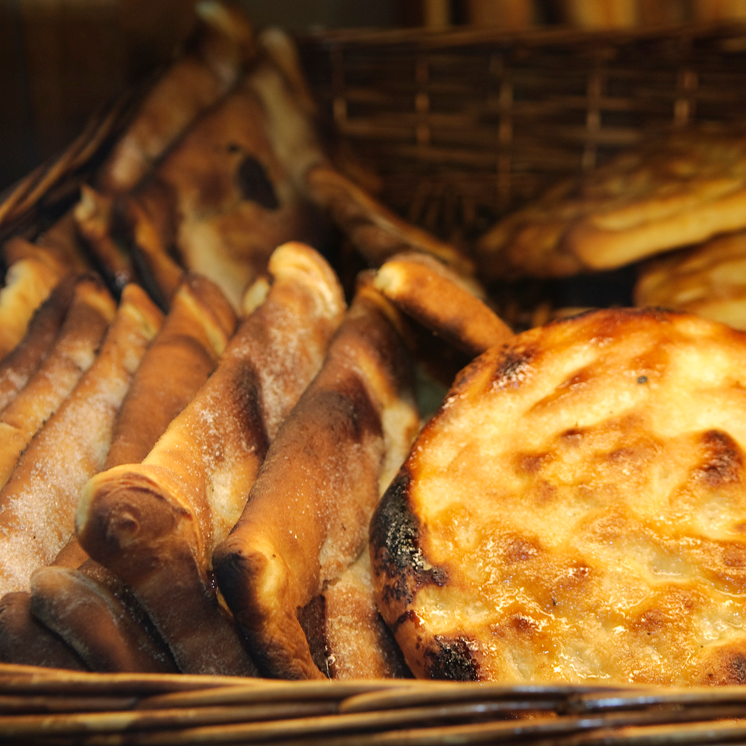 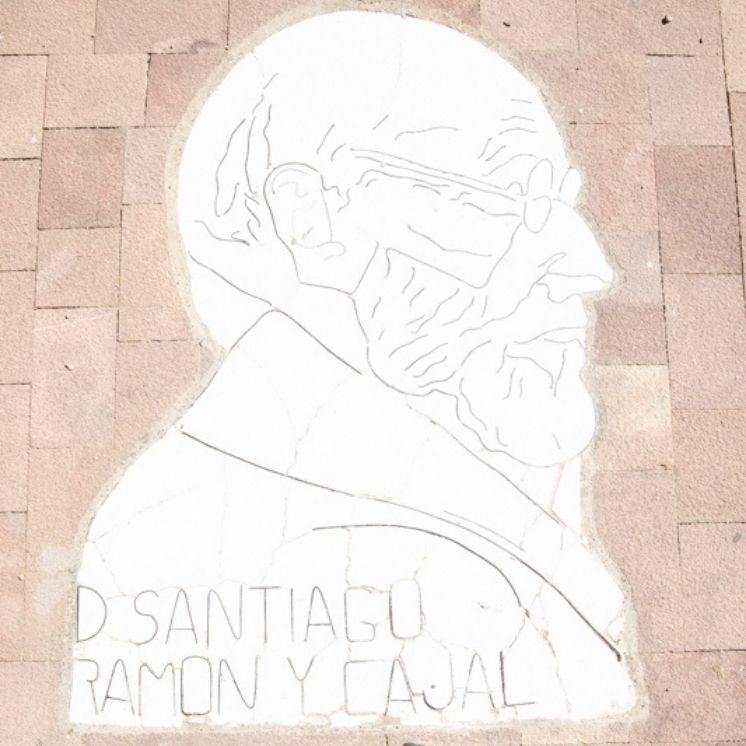 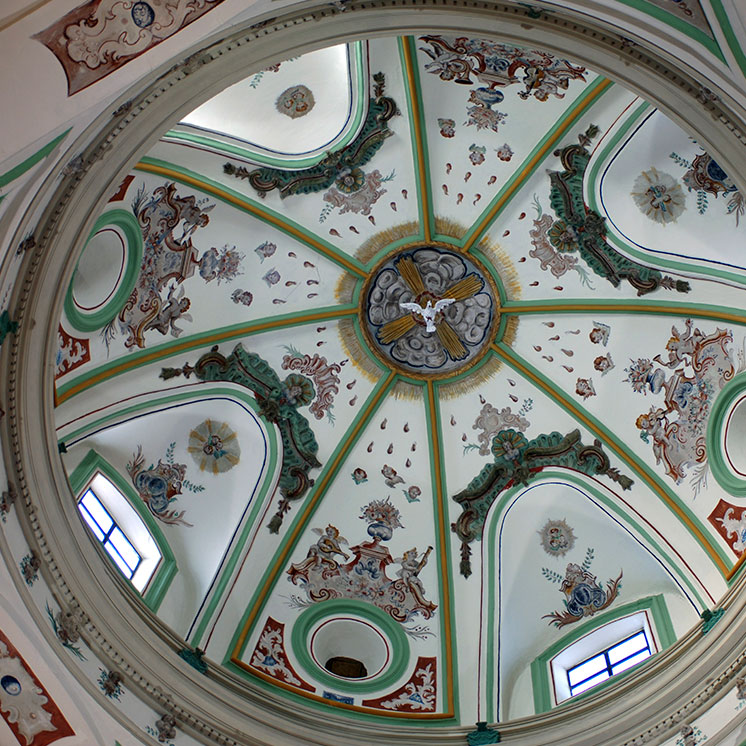 During his childhood, Santiago Ramón y Cajal stood out for his intellect and his ability to learn quickly. He later became the first Spaniard to win a Nobel Prize for Science. He was a curious and restless child who was fascinated by nature. He spent his free time outdoors because he greatly enjoyed the observation of animals and plants.
Santiago was uncomfortable in social situations, especially in the presence of adults, and he became accustomed to receiving punishment from them because of his mischievous nature. He certainly preferred to enjoy life in the countryside and practise sports in natural surroundings. Later he developed a particular interest in animals, specifically birds. He bred birds and made wicker or cane cages for them. He did all this from a genuine scientific interest in the animals, and he never used them as simple toys or with the intention of harming them, but he liked to admire their evolution and behaviour.
In each of the towns on this route, there is a hidden treasure. To locate it, we provide you with coordinates and a series of clues. We recommend that you download the free application available from https://www.geocaching.com/play There you find all our geo-located treasures and clues.

Santiago Ramón y Cajal was born in 1852 in Petilla de Aragón. The Ramón y Cajal family moved to Valpalmas in 1956. In his memoirs, Santiago Ramón y Cajal tells us how his love for nature and science began during the four years he lived in this town.
“The admiration of Nature was also, as I have said, one of the unstoppable tendencies of my spirit. […] All the hours of free time that my studies allowed were spent running around the town, exploring ravines, pathways, fountains, crags and hills, to the great anguish of my mother, who always feared some accident during my long absences. As a result of these activities, a passion for animals, especially for birds, of which I made a great collection, was born in me.”
Memories of my life, part I, chapter III.

The Ramon y Cajal Cultural Centre of Valpalmas covers the history of the town, as well as the life and scientific achievements of Santiago Ramón y Cajal. It relies on many of his writings and takes advantage of fragments of his memoirs in which he talks about his relationship with Valpalmas. 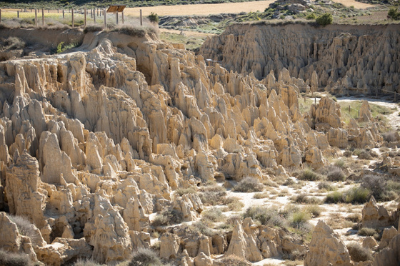 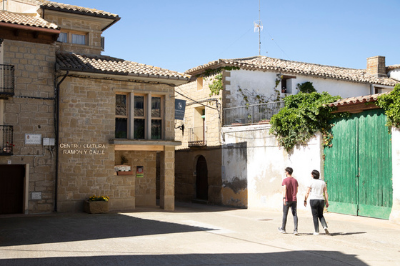 If, in addition to visiting the Ramón y Cajal Cultural Center, you want to enjoy the natural environment of Valpalmas, there are two places that may interest you: The location of Santiago Ramón y Cajal’s strange French classroom, and the magical Aguarales de Valpalmas, where the treasure of this stage is hidden.
The first stop is related to the education of Santiago Ramón y Cajal. He began his studies at age four when the family lived in this town, and his father, with a great vocation for education, was his first teacher. Father and son selected a curious place for their classes, Santiago tells us in his memoirs:
“I remember well the tenacity he displayed, despite my young age, in teaching me French. And the study of this language took place in a certain dark shepherds’ cave, not far from the town (of Valpalmas), where we used to isolate ourselves to concentrate on the work and avoid visits and interruptions.”
Memories of my life, part I, chapter III
Can you find the cave that he is talking about? Almost certainly someone from around here can help you, as all the local people know the famous cave where Ramón y Cajal studied with his father!
The second is a magical place, or at least one of its names is magical. Here is a clue: The Aguarales de Valpalmas is a geological formation that is given the title: “Chimneys of the fairies”. Considering how much Santiago enjoyed nature, I’m sure he visited this location on many occasions. It’s beautiful! Let’s go! Don’t miss it! – Just ask for the path that leads to the “Chimeneas de las Hadas”.

This treasure is designed so that you can understand why the Aguarales are formed. In the link, you have the entire geological explanation, N 42º09.190 W000º49.045

After living in Valpalmas, the Ramón y Cajal family moved to Ayerbe in 1860. The children who played in Ayerbe Town Square did not welcome Santiago at first, laughing at him, insulting him, just for being an Outsider :
“The strangeness of my language also contributed somewhat to the aforementioned antipathy. At that time a strange dialect was spoken in Ayerbe, a disconcerting jumble of words with French, Castilian, Catalan and Aragonese twists.” The local dialect was undoubtedly unique to the town, and it took Santiago some time to begin to understand the deviations and peculiarities of their speech.
Meanwhile, the children made fun of him in their local “argot” which, to him, was barely understandable.
Memories of my life, part I, chapter V.
If you are from Aragón, perhaps you are familiar with some of the expressions of this local language. Many are derived from the Aragonese “fabla”, which is currently spoken to a greater extent in the valleys of the Jacetania de Ansó and Hecho, in the Gistaín valley, in the Tena Valley and in the western Ribagorza. 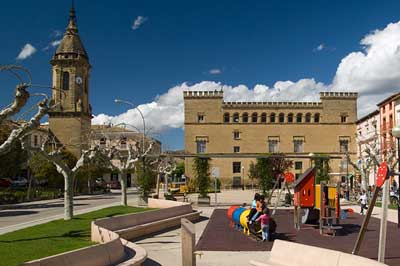 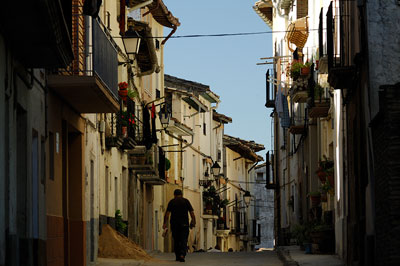 In his memoirs, Santiago refers to many places in the region: Los Anguiles (Losanglis), Fontellas, San Miguel, La Fontaneta, Plaza Baja, Plaza Alta, Sarda, Río Seco… as well as the San Miguel Castle, the Palace of the Urriés, the parish church, the public school, the prison (old town hall), the old hospital, the cemetery… If you take a walk around Ayerbe and its surroundings, you will surely find more than one of these places. Of the two town squares, Santiago narrates a multitude of experiences, such as a revolution coup attempt in 1867; the Fenollo shoemaker for whom he worked as a teenager and the well-known Ayerbe Fair.
As you now know, Santiago Ramón y Cajal was very mischievous during his childhood. Along with the other children of the town, he got up to all sorts of naughty tricks. He even made slingshots with which to throw stones! All this led to numerous punishments and reprimands from teachers, neighbours and his own parents.

In 1861 Santiago Ramón y Cajal went off to carry out his primary studies in the Piarist Roman Catholic teaching congregation of Jaca , where his disobedience led him to be punished with fasting almost every day. Upon returning to Ayerbe during the summer holidays, his antics with the village boys began again. He made a canon that fired at the gate of a neighbour’s garden. He was reported, and at age 11, Santiago was briefly imprisoned.

But not everything was mischievous. Just as he made slingshots for his friends, he also made musical instruments for the townspeople. In addition, it was during this period in Ayerbe that he discovered his interest in painting.He created the colours himself, by scratching the plaster from walls and dissolving the inks of coloured wallpaper.
After Jaca, he studied for his High School diploma in Huesca and then medicine in Zaragoza. For his contributions to neuroscience, he was named Nobel Prize Winner in 1906.
Currently, the house where he lived with his family in Ayerbe is the Ramón y Cajal Interpretation Centre, dedicated to the life and work of this eminent man. It is also the tourist information office.

View inGeocaching
Login to Prepirineo Clandestino
Reset Password
Enter the username or e-mail you used in your profile. A password reset link will be sent to you by email.